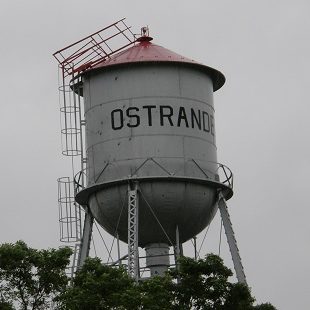 During the Ostrander City Council meeting on May 3, the council discussed the city’s garbage and recycling contract with Lakeshore Recycling Systems (LRS).  City Clerk Wendy Brincks explained that, after years of contracting with Waste Management for the city’s services, the city recently entered into a contract with Sunshine Sanitation, but Sunshine was then bought out by LRS.

Brincks summarized, “I was very, very upset.  I’m not happy with the service.  I still believe in the quality of giving them time to prove they can do the job.  But at any point if you guys are fed up with it, we can give a 30-day notice that we’re just not happy with service… I know that Waste Management has said that they would honor the contract that they submitted… I do know people are really upset about the price difference.”

Council member Vernon Thompson shared that he had called Sunshine/LRS and was told his service will cost $55 monthly.  He said, “That’s $17 a month more than I was paying.  This is ridiculous.  I don’t mind a little increase, but not that much.”  Brincks explained, “Waste Management offered the senior discount, Sunshine does not.  Waste Management offered every other week pickup, Sunshine does not.”  Thompson sighed, “I guess we should have checked it out a little better.”

The council discussed the reasons why the city switched from Waste Management to Sunshine.  Brincks summarized it was mainly to use a local company, and under the impression that the prices would be competitive.  She also stated that, in order to break the contract, the city would need to claim that Sunshine/LRS has violated the contract or provided inadequate service.  No formal action was taken by the council at this time.

Another issue that generated significant discussion was a prospective citizen (Heather Knutson) requesting to have a live-in emotional support rooster within city limits.  Knutson, who lives in Lime Springs, was not present at this meeting, but had sent the city several supporting documents, including photos of the rooster, a letter of support from a neighboring business in Lime Springs, a letter from the City of Lime Springs stating they’ve received no complaints about the rooster, and a letter from a social services agency that provides services to the family, explaining the need, and the benefits the rooster provides.

Council members discussed their concerns about setting a precedent, and concerns about a rooster crowing throughout the day.  The council voted unanimously to deny the request to allow the rooster into city limits.  Brincks said the family may choose to appeal the decision, and the council consensus was to deal with that if/when it occurs.

Next, the council discussed the previously mulled topic of whether or not to amend the city ordinance to allow chickens, with certain restrictions.  The council chose to table the issue, so it can first be discussed at the upcoming Planning and Zoning meeting on May 10 at 7 p.m.   Immediately after that meeting, the council will hold a special meeting to further discuss and potentially decide on the issue.

Brincks brought up that the city has received numerous complaints about two dogs frequently running at large.  She said the dogs belong to the property owner at 205 Center Street.  She stated, “The city sent two notices when they first moved to town, the sheriff has been to their house four times, we’ve sent two nuisance fines.  I have reached out to the city attorney because I’m starting to just wear out… The largest fine we have for a dog is $500.  The city attorney said to hit them with it every time, assess it to their taxes if they choose not to pay it, and make arrangements with a local pound to take the dogs if we pick them up, and make them pay a fine to pick their dogs up out of there, and pay our fine.  That’s a suggestion.”  DJ Start stated, “I’d pursue that one,” and Mayor Kunert shared her concern that sooner or later the dogs may bite someone.  Brincks said she will continue coordinating with the city attorney to move forward with this plan.

The council’s next regular meeting will be Tuesday, June 7, at 6:30 p.m., in the community center.  The public is welcome at all meetings, other than special closed meetings.