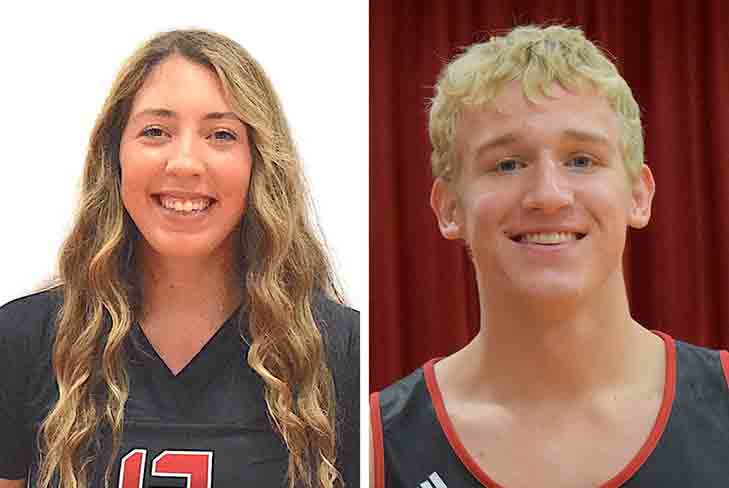 Juniors Addyson McHugh and Tysen Grinde were the 2021-22 Female and Male Athletes of the Year, respectively, as selected by the Spring Grove High School coaches. McHugh, a two-sport athlete, was the first repeat honoree in 12 years after being the first-ever sophomore girl recipient last year (2021). Grinde was a three-sport athlete on the football gridiron, basketball court and baseball diamond.

Grinde, a 6-foot-3 junior, was All-Conference Basketball, All-District Football, the Lion football Most Valuable Player and basketball Hustle Award winner. He earned his third varsity letter in basketball, his second letter in football and earned a letter while playing high school baseball for the first time. He broke a Spring Grove boys basketball record with 139 steals in one season.

McHugh, a 5-10 junior, was All-Conference Volleyball for a third season and received Honorable Mention All-SECBasketball. With a year of eligibility remaining, she has already earned four varsity letters in volleyball and three in basketball.

McHugh, as an outside hitter in volleyball, played around the rotation with an amazing 60 ace serves to lead the Lions in that category for a second straight season. She ranked second in three statistical categories with 248 kills, a stellar 97% serving percentage and 232 digs.

As a basketball guard/forward, McHugh led the team in five statistical categories – steals (3.4 per game), 3-point field goals (50 treys in 27 games), blocked shots (21), hustle points and efficiency points. She was the Lions’ second leading scorer while averaging 10.3 points per game. She ranked third in rebounds (4.1 rpg) and 3-point percentage (33%) and tied for third while averaging 1.5 assists.

Grinde, on the gridiron as a wide receiver/safety and backup quarterback (Lion MVP), earned First Team All-Districtrecognition this year, after receiving Honorable Mention the previous season. Considering rushing, receiving and returning, he led the Lions in all-purpose running with 1,144 yards. He had the sub-district’s best kickoff return average of 22.0 yards per runback. Although he spent only about six of the eight games as a receiver, he finished with the fourth-most receiving yards in the nine-team sub-district. He had 30 receptions for 440 yards and three touchdowns. In a little more than two games at quarterback, Grinde was the Lions’ second leading rusher. averaging 4.4 yards per carry. He was Spring Grove’s second leading tackler with 56 stops (26 solo).

As a 6-3, All-SEC basketball guard, Grinde led the conference in steals and ranked fourth in scoring. He led Spring Grove in five statistical categories: scoring (16.0 ppg), steals (4.8 spg), assists (3.4 apg), 3-point field goals (56) and Hustle Points (Hustle Award). He was the Lions’ second leading rebounder. His record-breaking season in steals was a major factor in the Lions leading the state in fewest points allowed. Grinde has been Academic All-Conference for the past three seasons.

Grinde was back playing baseball for the first time in three years, since junior high. He earned increased playing time as the season progressed with several starting assignments in the outfield. He was also valuable as a courtesy runner.

The Spring Grove Athlete of the Year Award was first bestowed in 1966. A separate division for girls was added when girls sports began in school year 1973-74. Beginning in 1992-93, the award was limited to seniors until 2003, when underclassmen have again been eligible.

>>Athletes of the Year

>>Senior Athletes of the Year

>>Athletes of the Year

>>Athlete of the Year 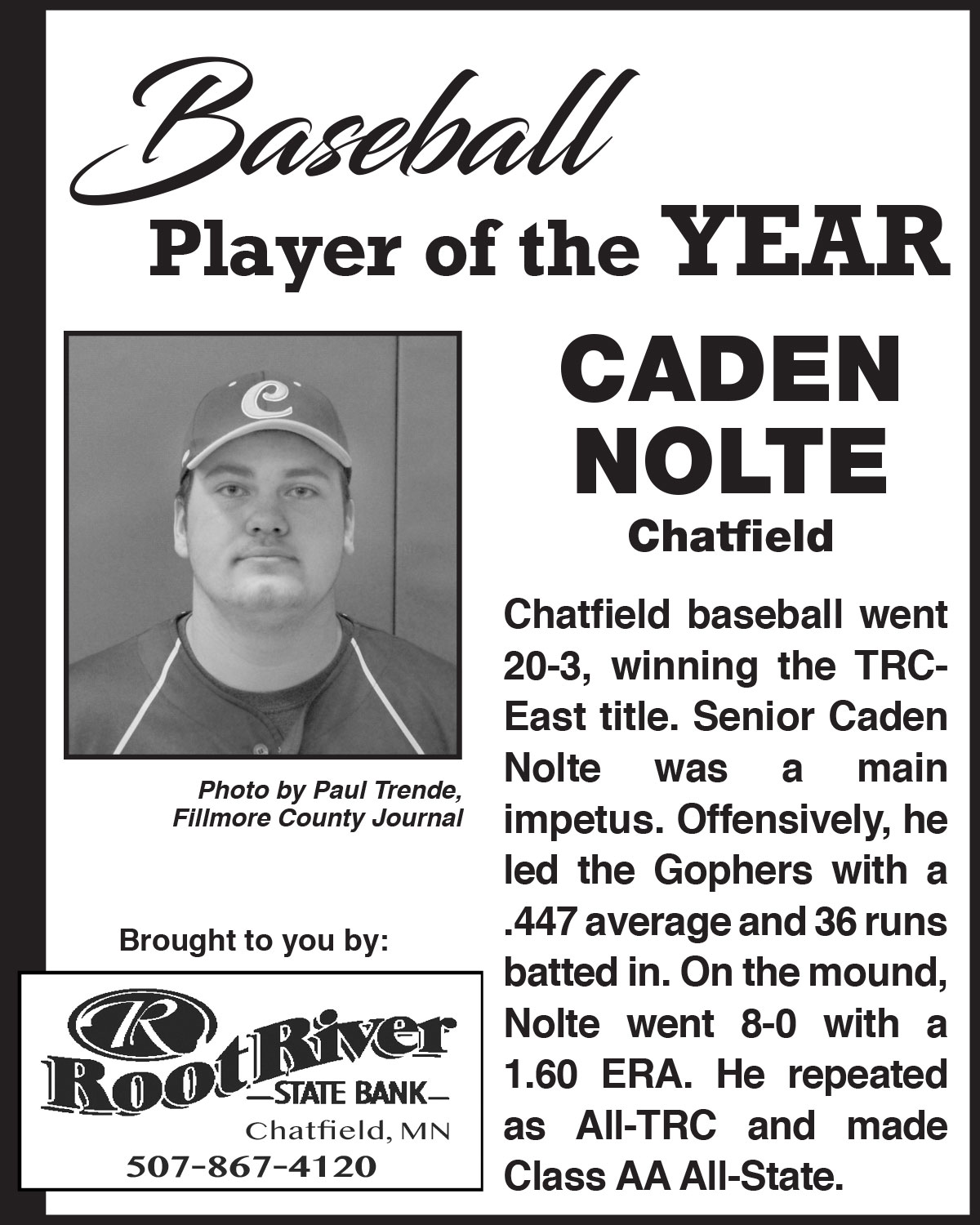 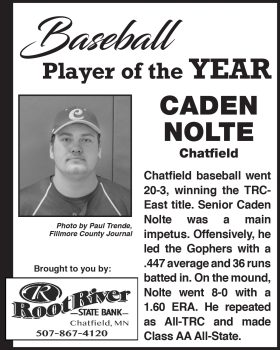 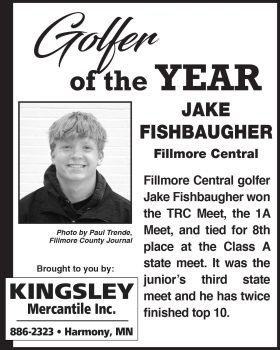 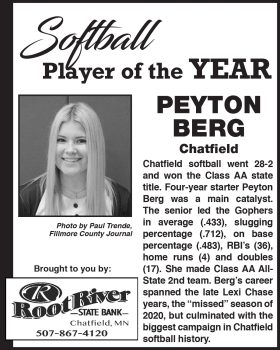 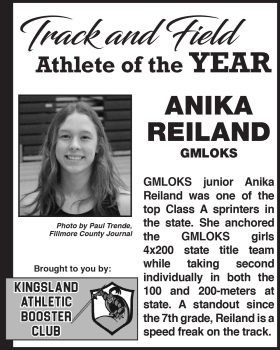