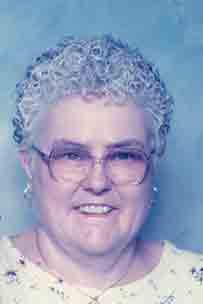 Marilyn was born March 15, 1942, in Lanesboro, Minn., to Hans and Gilma (Rosheim) Flattum.  She attended Mabel High School. On November 26, 1960, she married Marland Myhre at the Mabel First Lutheran Church.  They lived near Tawney for a short time before moving to Racine, Wis. While living in Racine, she worked at Michael’s Machine for several years.  After Marland retired in 1991, they moved to Necedah, where she worked at the Kwik Trip in Mauston. Marland passed away January 30, 2016.  Marilyn was a member of the Mabel First Lutheran Church in Mabel and the Moose Lodge in Mauston. She enjoyed dogs and cats, and cooking, but especially her grandchildren.

She was preceded in death by her husband Marland, her parents Hans and Gilma, a grandson, Aaron Myhre; and two sons-in-law, Tym Parr, Sr., and John Parr.

Funeral services will be 1 p.m. Thursday, December 30 at the Mabel First Lutheran Church in Mabel. Burial will be in the Mabel Lutheran Cemetery. Visitation will be 4–7 p.m. Wednesday, December 29 the Mengis Funeral Home in Mabel and one hour prior to services at the church.