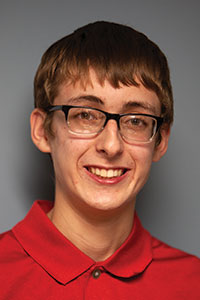 You know failure is an interesting thing that we all seem to be good at from time to time. Many famous people have had many failures, but they did not let those failures stop them from success. Take Thomas Edison for example. He created the incandescent light bulb, but it took him over 1,000 tries to get it right and that light bulb is still used today. Failure is not something to be afraid of, but it is something to welcome as you will always learn more from failure than from success.

Failure is not a matter of when, but it is how we fail that counts. Failure always means that something did not happen correctly and if you can determine what made it fail then that is all that matters. However, failure can also be painful and hurt, because you have invested a lot of time and energy into your project or assignment, and it hurts when you realize that your best wasn’t good enough. Many people in history have had failures that hurt them. Take for example the airplane. The airplane took many tries, many failures, and a lot of resources, but eventually, the Orville brothers got it right and they were able to make a plane that flew which would later be adapted for WWI and improved from there. So welcome failure even if it hurts, always look for the things that you can learn from.

Now I have talked a lot about how failure can hurt and how others have turned their failures into successes, but I have not explained how we should turn our failures into success, which I am about to do. First, when you fail take a moment to collect yourself as you are most likely disappointed in yourself. Then, after you have collected yourself, analyze what happened and what could have caused the failure. Then, after you have identified the possible errors start testing them each one by one based upon the likelihood of the failure that it could’ve caused. You see, you can’t test more than one thing at a time because you won’t know if you do find something that caused it to fail. This is because you are changing more than one variable in this equation of solving the problem(s). Finally, once you have found what caused the problem and tried various ways to solve it, eventually enough problems are fixed for it to work properly.

Now to apply this practically in our lives we need to stay upbeat in our failures and continue work towards our goal despite the difficulties. Elon Musk is a great example of someone who overcame failure with PayPal. PayPal was originally voted the worst business idea in 1999, but that didn’t stop him. He continued to pursue his idea despite what others thought using the process I outlined above. He listened to his users to find out what they liked and didn’t like, what worked well and what need more improvement until he achieved a bold place in the market of electronic payments and now over a quarter of a million people use PayPal daily. We also need to realize though that not everything will necessarily be appreciated by people at the time. Take Van Gogh’s artwork for example. He never sold a piece of artwork in his life, it was only after his death that his art became famous. So don’t be afraid to try something new because you are afraid of failure, you never know what idea might become the next big thing in our world.

So, don’t be afraid to fail. Welcome new opportunities to learn from mistakes, as we learn more from failure than we do from success. Then, we are to follow a process to make our failures, no matter how painful they may be, into success. We have also realized that our successes may not be appreciated by everyone at the time, but that we should never give up because we always learn from failure, and you never know what will become the next big thing in our world.

Nicholas Weist is a student at Fillmore Central High School. He is one of 14 area students participating in the Journal Writing Project, now in its 23rd year.