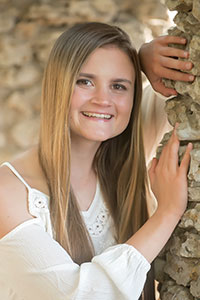 It’s that time of year when thousands of hearts are broken…  over email.  And this year, in particular, will witness an even greater number of tears shed and feelings buried with pints of ice cream than ever before.

Why? It’s that wonderful time of year when millions of high school students across the United States receive their admissions decisions from their dream colleges, and the vast majority of those decisions — especially those from Ivy League schools (such as Harvard), selective liberal arts colleges (such as Colgate University in upstate New York), and large, prestigious public universities (such as the University of California at Berkeley) — will be rejections due to the competitive nature of these schools’ admissions processes.

As mentioned earlier, however, this year, in comparison to previous years, will witness more dreams than ever before being shattered and swept into the Dustpan of Disintegrated Dreams with those childhood fantasies of becoming princesses and popstars.  Allow me to provide some examples.

According to The Washington Post and The New York Times, Harvard University (which in past years had an acceptance rate of about 5%) received a record breaking 57,000 applicants — 42% more than the previous year; the University of California at Berkeley sifted through 112,000 applications — a 28% increase from last year; and the admissions team at Colgate University drowned in more than 17,000 applications — a 103% increase.  These are just a few examples; other highly-selective, prestigious private and public universities experienced this same trend of increased applications for the past admissions cycle.

What can possibly account for these dramatic increases and the consequent increase in rejection letters and broken hearts and pints of ice cream consumed?  The foremost reason is the decision — made by virtually all colleges — to drop the ACT and SAT requirement for the past admission cycle.

The New York Times quoted the vice provost for enrollment of Cornell University (an Ivy League school which received 17,000 more applications than its previous record number of applications), Jonathan Burdick, as saying, “We saw people that thought ‘I would never get into Cornell’ thinking, ‘Oh, if they’re not looking at a test score, maybe I’ve actually got a chance.’”

Last fall I wrote an article about the probable consequences of dropping the ACT and SAT requirements in the college admissions process, but I never predicted the effect to be so wide-spread and dramatic — however, there is one other consequence I have not yet mentioned that I, like many others, never saw coming.

While the hundreds of thousands of rejectees from these prestigious colleges comfort their broken hearts by telling themselves that the admissions officers are mostly hopeless alumni who were offered a job on the admissions team by their college simply so the college could keep up an impressive job placement rate, there is another group of broken hearts no one is comforting: those of less prestigious, non-selective colleges.

Yes, while prestigious colleges are celebrating record-breaking numbers of applicants, many smaller state schools and less-selective liberal arts colleges are experiencing considerable declines in their number of applicants.  For example, The New York Times states that the nation’s largest public college system, the State University of New York, saw a 14% decline in applications this year.  Loyola University Maryland, a private liberal arts college with an 80% acceptance rate, experienced a 12% decrease in applicants.  The decrease in applicants among less prestigious schools is not limited to these few examples.

Is there a solution to this problem?  Perhaps reestablishing the requirement of ACT and SAT scores would be a viable solution, but such a possibility is not looking likely to occur.  Many colleges, including Harvard, have once again announced they will not require the submission of ACT or SAT scores for the upcoming admissions cycle.  Meanwhile, many prestigious colleges have announced they will permanently switch to test-optional policies.

I am currently finishing up my senior year of high school and therefore understand the stresses that accompany college applications, which is why I find these alarming trends among college admissions fascinating.  However, on Tuesday, April 6 (after I wrote the above article in expectation of a broken heart), I received the life-changing news that I had been accepted into my dream school, Columbia University in New York City—an institution that saw a 51% increase in applications this year, causing the acceptance rate to drop to a shocking 3.66%.  While my ice cream consumption happened to be in celebration, I know many other applicants were not as fortunate.  I extend my best wishes to all seniors preparing to attend college next year: Wherever you attend, you will do amazing things!