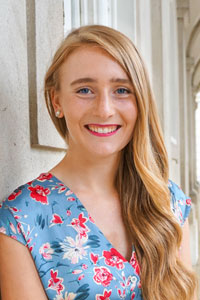 If you’re lucky enough to attend a school that offers a class trip, it is definitely something you should go on. I recently returned from my own senior class tour of Washington, DC. Spanning 10 days, Mabel-Canton has one of the longest tours in the area. This is an amazing opportunity and you’ll create memories that will last a lifetime.

We kicked off the tour with a stop at Willis Tower, which overlooks Chicago, followed by a stop at Notre Dame College. On the second day of our trip we stopped at the Flight 93 Memorial in Pennsylvania. Flight 93 was hijacked by terrorists on September 11, 2001, and was believed to be targeting the White House. However, through the heroic efforts of passengers on the plane, that attack was unsuccessful and the plane crashed outside of Shanksville, Pa., leaving no survivors.

We spent two days in Gettysburg, Pa., exploring the battlefield and monuments of the Civil War. From there we drove to Harpers Ferry, W. Va., and enjoyed the breathtaking views of the Potomac and Shenandoah Rivers. We drove through the Shenandoah National Park and had some amazing views of the Blue Ridge Mountains.

On the fourth day of our tour we stopped at Monticello, the home of Thomas Jefferson. Later we arrived in Jamestown, Va., the first permanent English settlement in America.

On the fifth day we toured Shirley Plantation, which is the oldest family-owned business in America. We spent a day exploring Colonial Williamsburg, Va. This town is a living museum full of historical trade shops and craftspeople. It provides a rare look into colonial life in America during the 18th century.

We visited several museums during our trip including the Smithsonian American History Museum, Udvar-Hazy Air and Space Center, National Museum of the Marine Corps, and the Holocaust Memorial Museum. All of these museums were very informative and worthwhile.

We attended a theatrical production at Ford’s Theatre, the same theatre where Abraham Lincoln was assassinated over 150 years ago. We watched a stellar performance of the musical Into The Woods.

We arrived in Washington, DC on day six and our trip was only just beginning. We took a beautiful night tour of the U.S. Capitol, the Thomas Jefferson Memorial, the Franklin D. Roosevelt Memorial, Martin Luther King Jr. Memorial, Korean Memorial, and the Lincoln Memorial. It was amazing to see everything I had learned about in text books come to life.

We had a great time as we spent the next few days in Washington. We laid a wreath at the Tomb of the Unknown Soldier at Arlington Cemetery and visited the grave of John F. Kennedy. We visited Mount Vernon, the home of George Washington.

We were also lucky enough to have the weather in our favor. While our friends in Minnesota dealt with snow and school closures we dealt with sunburn and running out of sunscreen.

I would like to thank everyone in the community who continuously supports the Mabel-Canton senior class tour of Washington, DC. I would also like to thank our tour guide Doug Wyffels, our chaperones Susie Munroe and Laura Vatland, the people who got us there – Hawkeye Stages and our driver Mike Smock. I’m sure and my classmates and I will remember this trip for the rest of our lives. Its positive impact changed our perspective of the nation and deepened our appreciation for the country we call home.

Anna Erickson is a student at Mabel-Canton High School. She is one of eight area students participating in the Journal Writing Project, now in its 20th year.