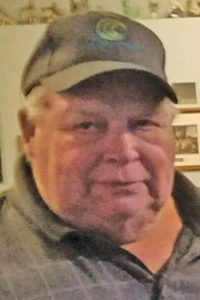 Jerry was born on the 8th day of June, 1943, to Rudolph and Bernice Nielsen while his dad was away fighting in World War II. After the war, Jerry’s dad farmed in Albert City, Iowa, and Jerry’s sister Shirley was born. Later, his brother Larry was born. Then, the family moved to Rolph, Iowa. When Jerry was about 10 years old, the family moved to Minnesota on the original Kiem farm. After living here for roughly five years, Jerry’s youngest brother Gary was born. Jerry graduated from Spring Valley High School in 1961.

After graduation, Jerry enlisted in the Air Force, took basic training at Lockland Air Force Base and was later transferred to Malmstrom Air Force Base in Great Falls, Minn. Jerry worked at the Coke bottling factory and the Great Falls stockyards during that time. He then went to work for the Lyman Ranch, first as a hand, then as a foreman. Through the Lymans, he met his wife from the Jones Ranch, now called Split Mountain Ranch. On April 25, 1970, he married Wauneta (Pixie) Jones. They had Patricia in 1973, Carol in 1975, Jim and Jodi in 1979, and Bill in 1987. Jerry was a hard worker his entire life and a man of few words, but full of wisdom.

Jerry is survived by his wife Pixie, Patricia and Curt Sheely, Steve and Lavonne Kraling, Jim Nielsen, Bill and Tiffany Nielsen, his brothers and sister and their spouses, many cousins, nieces, a nephew, brother and sisters-in-law, as well as nine grandsons, seven granddaughters, a great-grandson and three great-granddaughters.

He was preceded in death by his parents, grandparents, and daughters Carol and Jodi.

Funeral service for Jerry will be held on Friday, January 20, 2023, at 2 p.m. at Cherry Grove United Methodist Church, with Pastor Deanna Woodward officiating. Visitation will be from 5-7 p.m. on Thursday, January 19, 2023, at Cherry Grove Methodist Church, and will continue Friday one hour prior to the start of the service. Burial will be at Bloomfield Cemetery in Ostrander, Minn.