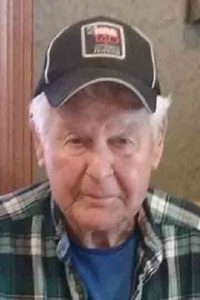 Jim proudly served his country in the United States Army with the 2nd Medium Tank Battalion from 1957 until 1958. He then served in the United States Army Reserve until 1963. Jim began his career in construction with his father, driving dump truck at the age of 14 and continued for 71 years.  He was proud to have worked his entire career with his father and brother Lowell, at Botcher Construction out of Houston, Minn.

Jim enjoyed fishing, Friday night dirt track racing with his son Dan, participating in tractor pulls with his grandson Kevin and attending Army reunions wherever they were held.

Jim’s family would like to extend their appreciation to the entire staff at the Gundersen Hospice Program for their outstanding care and compassion.

A Celebration of Life will be held from 1-4 p.m. on Sunday, November 13 at the Hokah Fire Station in Hokah, Minn. Military honors will be held at 2 p.m. by the Houston American Legion Post 423. Burial will take place in Mt. Hope Cemetery in Hokah at a later date. In lieu of flowers, memorials may be made to Mt. Hope Cemetery Association, Gundersen Hospice Program, or an organization of the donor’s choice.

Schumacher-Kish Funeral and Cremation Services is assisting the family. An online guestbook is available at www.schumacher-kish.com.