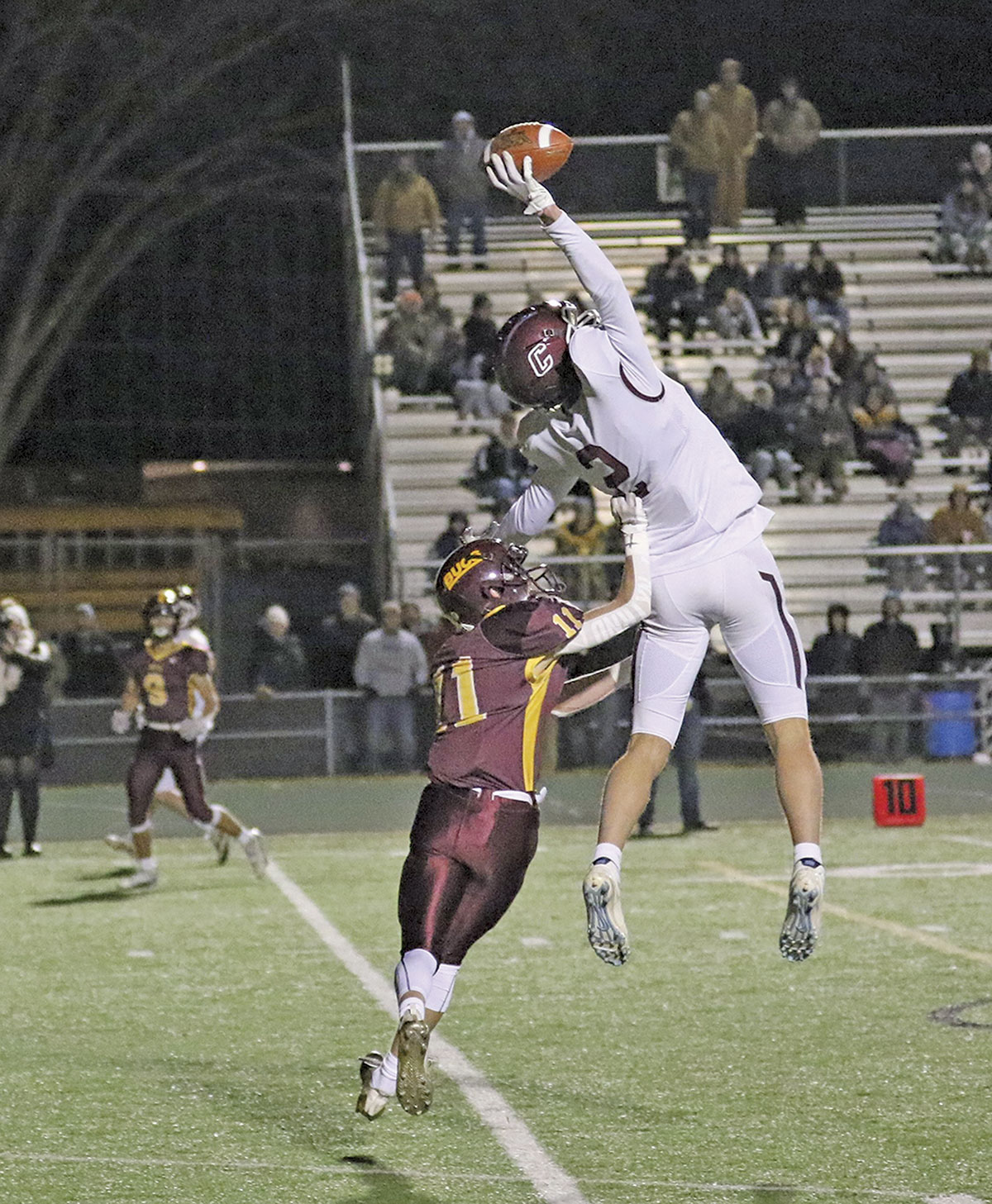 Top-ranked Chatfield (Section 1AA champ, 11-0) scored on its first two second half drives, to blow open a 14-0 halftime lead in downing Blue Earth Area (Section 2AA Champ, 9-2) in the state quarters. The first half was denoted by two Gopher TDs, three Gopher turnovers, and two Chatfield defensive stands. It took the Gophers just six plays to score, as Sam Backer capped their opening series by hitting Drew O’Connor for a 26-yard TD pass. In the second quarter, after a solid punt return and on a short field, Backer hit 6’3” senior WR Cole Johnson for a 23-yard TD pass. Johnson made an Odell Beckham-like one-hand grabbing reception, climbing the ladder to dunking height for the sensational catch. Those were the only two scores of the first half. Chatfield was driving on two other occasions only to turn the ball over. In the first quarter, Kail Schott ripped off a 35-yard run into Buc territory, but fumbled. Early in the second quarter, a Backer red zone run also ended in a fumble. Blue Earth twice threatened scores too. A 15-play first quarter excursion had a second and goal at the three only for the Chatfield defense to thrice deny BEA. A 10-play late second quarter excursion also had second and goal at the three only for the Chatfield middle defense to thrice stop 6’5” 240 Buc QB Ashton Lloyd on interior runs. After halftime, Backer connected with O’Connor for a 40-yard TD pass (22-0). One series later, Schott ripped off a 42-yard run and Backer (2-yard TD) capped the series (29-0). Backer ripped off a 50-yard TD run early in the fourth, one that put him over 200 yards for the game, and put him past Owatonna’s Jason Williamson for second most career rushing yards in Minnesota Prep history. Blue Earth, which came in averaging almost 44 PPG, only scored late in the fourth on Chatfield’s reserves. The Gophers posted a 35-6 win. It was their seventh game of holding a foe to one TD or less. The Gopher defense is giving up just 9 PPG. Backer (4 of 7, 101 yards, 3 TDs passing, 20-209, 2 TDs rushing) accounted for all five Chatfield TDs. He unofficially has 119 career total TDs. It was his most prolific 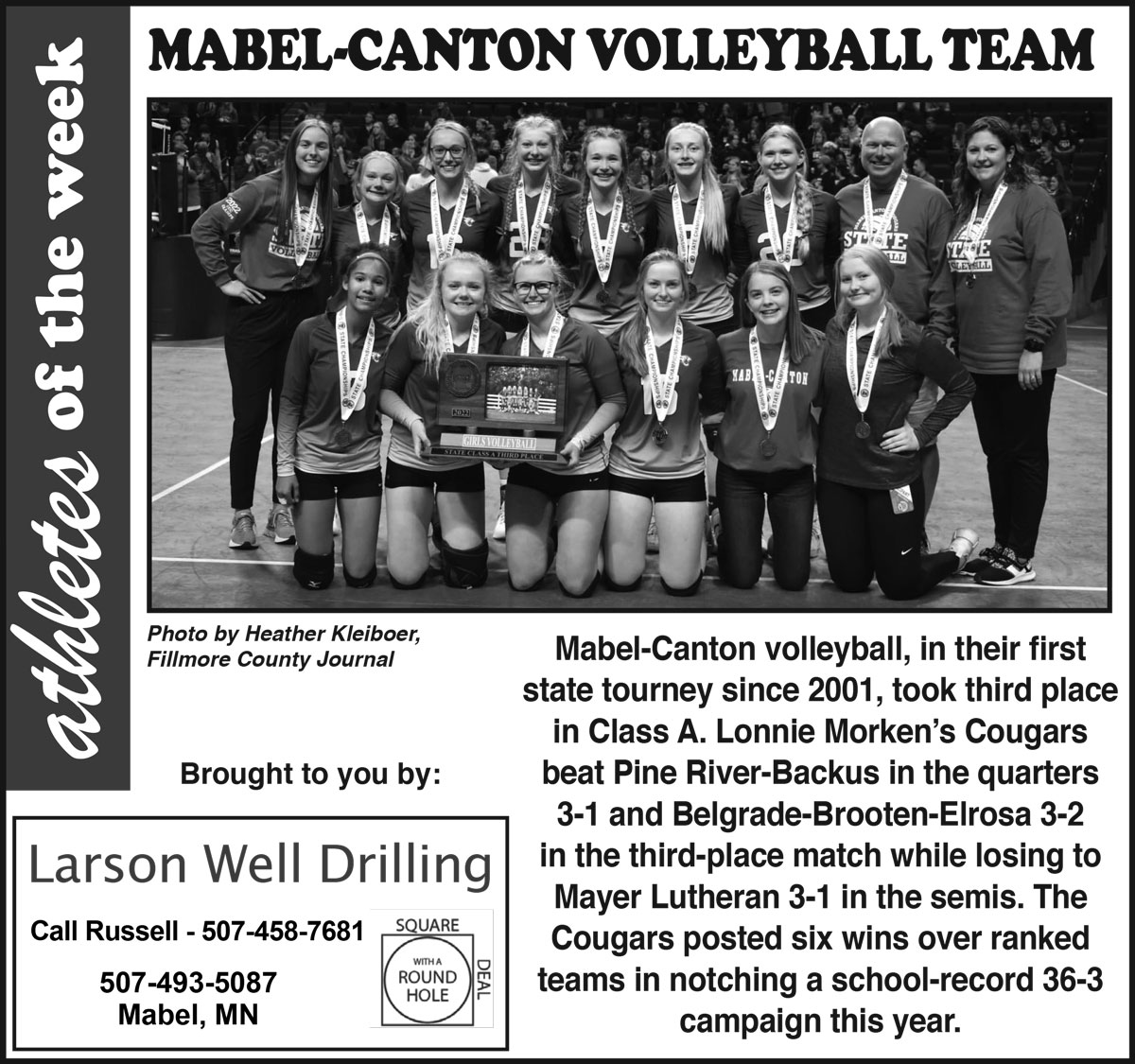 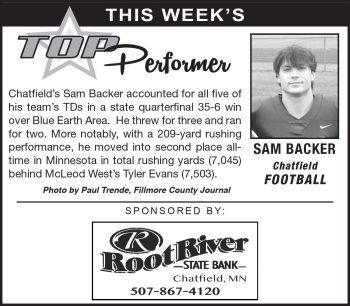