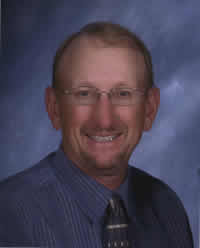 Recently Gov. Tim Walz made headlines, proclaiming a commitment to fight the climate change monster that will destroy earth without drastic action to stop it. Is he correct? Does he believe “The Green New Deal” can save the planet? Nope. He knows the history of 60 years of falsely proclaimed climate calamities and that reliable studies prove his 100% green energy initiative cannot reduce temperatures enough to be measured despite spending billions of taxpayer dollars. (see articles by Isaac Orr at Americanexperiment.org).

Could Mr. Walz be using the topic to “smokescreen” egregious, corrupt, incompetent actions by Democrat politicians in Minnesota? You bet! Who can blame him?  Millions squandered in the debacles involving the License Bureau, Department of Human Services Child Care and Drug Treatment fraud, and MNsure. But more is going on Mr. Walz and democrats don’t want exposed.

•Our AG Keith Ellison’s office is one of several around the country being sued for failing to release public information regarding hiring practices. Two non-profit law firms are suing connected to reports that an attorney from a liberal activist group formed and funded by Michael Bloomberg has been embedded in our AG’s office in violation of state law. Mr. Ellison has denied two separate hiring data requests by the Upper Midwest Law Center. (Imagine that! Didn’t see a thing about it in Bloomberg’s new commercial on TV!)

•On November 5, the Minnesota Supreme Court heard arguments in the case of Minnesota Voters Alliance v Simon (our secretive Secretary of State). Simon has lost two lower court decisions in the suit which seeks to force release of public voter information. MVA Director Andrew Cilek sees no reason for the high court to reverse the lower court rulings. This case involves voter irregularities in numbers capable of throwing elections. Kudos to MVA! They are doing some wonderful work for the cause of election integrity and deserve our support.

•On October, 21, 2019, the ACLU sued the Minnesota Secretary of State, seeking to enjoin that all individuals who have been convicted of a felony be allowed to vote PRIOR to completing their sentences. This is in violation of State Law and has been for 160 years. Now, one would think our secretary and AG Ellison would mount a vigorous defense since legal precedence favors the state’s position. No such luck. They have chosen to lay down and let their cronies in the ACLU prevail, allowing 52,000 convicted felons to vote. MVA has filed a motion of Limited Intervention and hopes to do the work our AG should be doing in fighting this blatant circumvention of state law.

•In February of 2019, MVA and five metro plaintiffs filed suit in U.S. District Court, citing the First Amendment, in order to preserve their right “not to speak.” This involves a bizarre ordinance passed by the city councils of Minneapolis and St. Paul that would FORCE land owners to pass out voter registration information to their tenants. Plaintiffs assert this is beyond the scope of their responsibilities as landlords and falls under the duties of election officials and government. I can certainly see their point!

Democrat socialists in Minnesota are fighting tooth and nail to keep citizens in the dark by withholding public information. Journalism is nearly dead in America, our local papers being members of the rare exceptions. A free trial subscription of Thinking Minnesota is available at info@AmericanExperiment.org. I also urge you to support Minnesota Voters Alliance. Contributions to both are tax deductible.

God Bless until next time,   Jeff