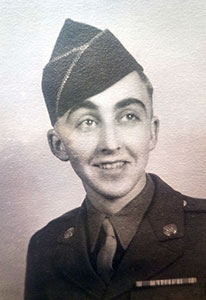 Born May 20, 1927, in Winneshiek County, Iowa, to Clyde and Alice Halse.  He graduated from Decorah Iowa School. He proudly served in the army in WWII.  He married Norma Groth on April 2, 1950, at Highland Lutheran Church.  They lived and farmed for 47 years in Highland Township.  He was the oldest male member of the Highland Lutheran Church.  Donald passed away peacefully on Monday, January 27, 2020, at the Aase Haugen Home at the age of 92 surrounded by his family.

Funeral services will be 11 a.m. on Saturday, February 1, 2020, at the Highland Lutheran Church in rural Decorah with the Rev. Kurt Bockoven officiating. Don’s grandchildren will be casket bearers: Joseph Urbick, Jesse Benrud, Jonathan Urbick, Kali Benrud, Bryant Howe, Alleyne Knutson, and Corey Howe. Burial will be in the church cemetery.  Visitation will be one hour prior to services at the church. Memorials are suggested to the Highland Lutheran Church or Highland Cemetery Fund. The Mengis Funeral Home in Mabel is assisting with arrangements.