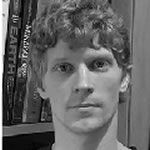 In light of the article written last month about atheism, it is clear there is a severe misunderstanding among some county residents about others. I was encouraged to help set the record straight as best I can on what atheism is and who atheists are.

Atheism has no dogma. Atheism has no creed. Atheism has no tenets. This doesn’t mean people who are atheists do not adhere to a dogma, creed, or set of tenets in their daily lives. Atheists do not necessarily share much in common with other atheists. Some atheists are spiritual (Theravada Buddhists), some believe in an afterlife or reincarnation, ghosts and spirits. Some atheists are wealthy while others are poor. Some atheists are artists while others build cars (arguably an art). Some are farmers, some are nurses, some are foresters, and some are business owners. Atheists may be the most compassionate people you’ll ever meet. And don’t quote me on this, but I hear that some adult atheists still cry when Simba finds Mufasa after the wildebeest stampede in The Lion King.

I hope this helps clear things up.

The author’s remarks imply atheists act a certain way, believe certain things, have no moral compass, and/or are anti-Christian. This is a fundamental misrepresentation of who atheists are and what atheists believe. Again, the only thing which all atheists have in common is the lack of belief in deities. Nothing more. Are some atheists jerks sometimes? Yes! Are there any God-believing people who can be jerks? You betcha!

I would kindly suggest to the author and others like him to please ask instead of making assertions and post them all over the newspaper. Instead of trying to understand the perspective of other people, some folks (it seems) like to point fingers, make false accusations, and claim some moral high ground, which is ironic to me.

I hope readers get the point here that atheists are just living a life that they feel to be most authentic and true to them. Does this sound wholly unfamiliar or foreign to your own experience? Probably not. That’s because this is what people do, regardless of their faith or lack-thereof.

To summarize, atheism is the lack of belief in deities, and shouldn’t be misrepresented as anti-Christian. If you have a question about atheism, ask an atheist and be open to their answer, even if sometimes it’s “I don’t know,” because the answer isn’t always known. If you’re an atheist, anti-theist, or agnostic, the same applies! Practicing kindness and curiosity without judgment is something people of any faith or a lack-thereof can improve on. Yes, even me.

I am an agnostic atheist who contemplates the plausibility of an afterlife. Who knew? I do not think the answer is knowable, which makes me agnostic, and since I don’t assert the existence of deities, that makes me an atheist as well. After learning this, I hope we can still get along fine.

I am willing to speak with anyone about my perspective if they are willing to converse. Contact the Fillmore County Journal and I’m sure they’ll let me know that you’re interested. Faith perspectives are ever evolving, and I hope in our communities we are open to continue learning from one another and not let our discomfort with alternative perspectives get in the way of rich dialogue.

I won’t “proselytize” or force my lack of assertion of God or gods down your throat. All I can do is best describe my thoughts, feeling, and reasons, and all I ask for is kindness and patience in return.

P.S. If you hadn’t guessed, I am one who still gets teary eyed watching The Lion King.