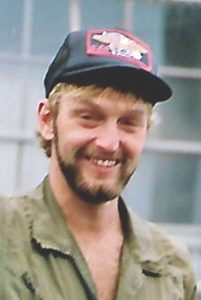 Derek Blayne Skadsem, age 60 of Wisconsin Rapids, and formerly of Spring Grove, Minn., passed away unexpectedly on September 17, 2022, of a cardiac arrest.

He was baptized at Faith Lutheran in Black Hammer, and confirmed at Trinity Lutheran in Spring Grove. He attended Spring Grove Public Schools and later Western Wisconsin Technical Institute in La Crosse, Wis., for two years, studying auto body and welding. In 1982 he joined the U.S. Marine Corps, where he served for four years at Camp Pendleton, Calif. He was very proud to be a Marine. He then worked for eight years for a private company testing amphibious equipment for the government. He owned and operated his own “Aace” appliance repair business for his “fun” money used for skydiving in California and snorkeling in Mexico. He then moved back to the Midwest and drove semi for Randy Storlie Transport for the past 25 years.

Derek was adventurous and loved the outdoors. He loved fishing with his good friend Terry Storlie, camping, watching football and NASCAR and playing euchre.

He was very mechanically inclined and you could often find him outside working on projects.

He was quick witted and fun loving and liked to play pranks on his friends and family.

Survivors include his mother Gloria and stepfather Terry Sagdalen, sister Darla (JC) Nerstad, and brother Daniel, all of Spring Grove, Minn., and brother Troy of Fridley, Minn., and many nieces and nephews.

Memorial services will be held on Friday, October 14, 2022, at 2 p.m. at Roble Funeral Chapel in Spring Grove. Pastor Lane Zaffke will officiate. Visitation will be one hour prior to services at the funeral home.

Burial will be in Trinity Lutheran Cemetery in Spring Grove, with military rites provided by American Legion Post # 249 of Spring Grove.