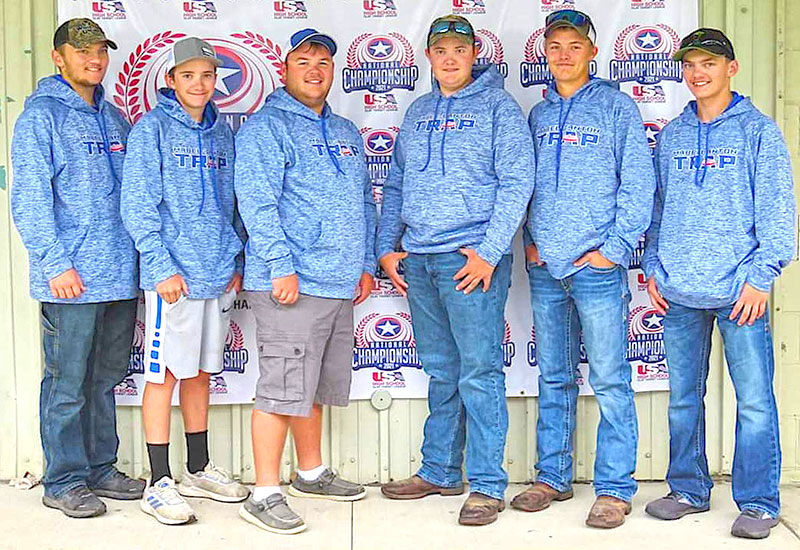 In the team competition, five shooters contributed to each school’s team total. Only 81 of 158 teams qualified for the second and final round. Both Journal-area teams making the trip, Mabel-Canton and Spring Grove scored well enough on Day 1 to make the cut. Adding in the second round of scores, the Cougars hit 931 of 1,000 clay targets to place 19th, while the Lions blew apart 895 birds to finish 63rd. Amazingly, there were eight teams with perfect 1,000-for-1,000 scores.

Previously, Mabel-Canton had been the conference runner-up before placing third in the Class 3A State Tournament, qualifying the Cougars for the all-classes state tournament where they placed 12th among the top 40 schools in Minnesota before taking 19th in the nation.

Spring Grove had claimed its fifth conference crown in the last six seasons. Although not sending a complete team to nationals, both LeRoy-Ostrander and Lanesboro had also captured conference championships during the regular season. It was for the third straight league title for the Cardinals. At the Class 1A State Tournament. Spring Grove finished fifth, LeRoy-Ostrander 19th and Lanesboro 23rd among 67 teams.

Clay Target teams are unique with both girls and boys eligible for the same team and also by having two seasons during the school year. Both the fall and spring seasons are conducted by the Minnesota State High School Clay Target League (MSHSCTL), which in the spring also stages a state tournament for each of nine classes. Then the Minnesota State High School League (MSHSL) supervises an overall state tournament that features the MSHSCTL’s top 40 teams.