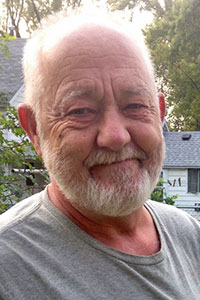 Bruce Alvin Bluhm was born November 20, 1949 in Rochester, to Alvin and Alma (Berg) Bluhm. He was raised on a farm north of Dover with four older sisters. As a young boy Bruce had polio and was in the iron lung in St. Marys for a short period. He graduated from Dover-Eyota High School in 1967. After high school he worked as a semi driver, delivering loads cross country. Then to Menards where he was a delivery driver for about 10 years. Bruce later joined the Strongwell (AFC) team in the spring of 1983, from where he retired in the spring of 2015. On May 4, 1984, he married Pamela Davidson at the Pioneer Presbyterian in Chatfield. The couple later divorced.

Bruce liked hunting and fishing, sometimes entering fishing tournaments in his younger years. After retirement he fancied the casino every now and then.

He is preceded in death by his parents, Alvin and Alma; three sisters and three brothers-in-law: Nadine (Ed) Peck, Dorothy (Erwin) Kingsley and Donna (Shorty) Daywitt.

Memorial service for Bruce will be 11 a.m. on Monday, September 13, 2021, at Riley Funeral Home in Chatfield, with Pastor Timothy J. Gerarden officiating.  Visitation will be one hour before the service.