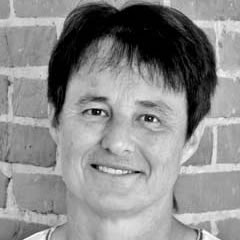 The city has a five-year contract with S & S Sanitation which requires landfill material to be taken to the Resource Recovery Center. However, the county board recently approved a 25% tipping fee increase. Increases in the tipping fee per Severson’s agreement can be automatically passed on to residential customers. Severson estimates the increase will cost his Preston customers about $20 more per year.

City Administrator Joe Hoffman said he has spoken to the county and loosing Preston’s business will be a financial hit for them. There was further discussion about how to best allow a different location with the current agreement that runs through 2022. A motion was made and unanimously approved to have a letter/separate document drafted authorizing S & S Sanitation to have the option to haul to another approved site, Root River Recycling at Stewartville, effective this day. S & S Sanitation will then have the option to go to either location.

•A list of 2020 appointments to various boards, commissions, and other appointed positions was approved. There are vacancies to be filled by citizens, one on the planning commission and one on the economic development authority.

•A resolution to be forwarded to F & M Bank was adopted authorizing the mayor, mayor pro-tem, city administrator, and deputy city clerk to sign checks for the city. Two signatures are required on all checks.

•The city fee schedule was adopted in 2011. Staff didn’t recommend any changes. After some discussion, no changes were made.

•A list of donations received by the city in 2019 was approved.

•Payment of a membership fee in the amount of $125 to the Preston Chamber of Commerce for 2020 was approved.

•The next city council meeting will be Tuesday, January 21.