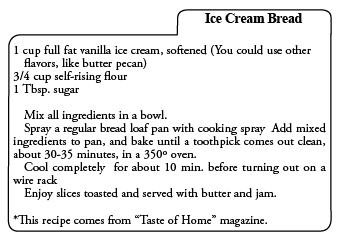 Growing up, I lived several feet from the Root River and the Preston Soybean Mill.  Soybeans and water attract rats.  To combat the rats we always had pet cats.  They were all free, named Tabby, and died young from eating poisoned rats.  After moving away from the soybean mill we didn’t need the cats anymore.

When I was a junior in high school, I had boyfriend who had Norwegian blood.  He gave me a purebred  Siamese cat named  Thor. He turned out to be a “one woman” cat.  He terrorized the rest of my family by hiding on the staircase and jumping on their heads.  My sister Julie hated Thor because he ruined all her nylons, plus he scratched her legs.  One day after school I heard Thor meowing loudly.  He had been stuffed in a dresser drawer. Suspects were numerous but no one confessed.

One day Thor escaped from the house, ran onto the highway and was crushed by a semi.  We buried Thor in a potato chip box in the back garden.  I was the only one who cried!  Everyone looked somewhat sad so I couldn’t point any fingers; but that cat didn’t open the door himself.

Fast forward several years and my husband (still the Norwegian) gave me a purebred German Shepherd puppy.  We named him Igor.  I called him my “doggy woggy,” and he was so cute when he jumped into my lap.  Fools that we were, we didn’t take him to obedience class.  All puppies grow up and Igor grew into a very large dog who only liked me, my husband and my sister Barbie.  Being very protective of us, he barked at all visitors, especially our very kind and friendly mailman.

One day I walked out to fill the dog’s water bowl.  He was tied up in our side yard. The dog had broken his chain and was chasing a small boy on a bicycle.  Fearing a future lawsuit, we gave him away to a kind farm family.  I cried and cried, but a month later we visited him and he barked at us!

Children are lovely until they can speak in complete sentences.  Then they turn into “little lawyers” who want their own way and have arguments to ensure they get it. The child wanted a pet, preferably a snake.  When I said I could not live in a house with a snake, he remained indifferent.  It was only when my husband reminded him that “Mommy is the only one who knows how to cook,” did he compromise on two white rats instead.  The rats were quiet.  I never touched them.  We lived in detente.  One day they escaped from the cage.  We found one of them,  I don’t know if it was “Coke” or “Pepsi” since I could never tell them apart.  Eventually I found the other one in my desk drawer.  I screamed so loud he pooped all over the drawer.  The rats were exchanged for a gerbil with a wheel in his cage.

The gerbil seemed okay but chewed his way through all of my son’s tee shirts.  My husband explained it was showing no disrespect because  a gerbil  just needs  to chew.  It was two against one even though I had to buy the boy new shirts.

Life goes on and as empty nesters we have no pets.  Our home is peaceful and smells better.