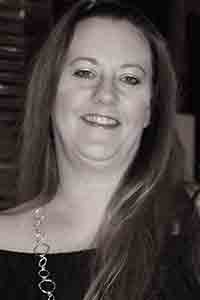 Yesterday when I woke kids up in the morning, I groaned as I recalled it was Red Ribbon Week, and the boys needed a red outfit to the kick the week off.  A sarcastic laugh followed as I looked through the rest of the week’s outfits:

Tuesday – camo day – really?  Does that make a kid invisible to drugs?

Wednesday – Team up – there isn’t a day that goes by that some member of an elite team doesn’t make the news for drug use, overdose or arrest.  What do teams teach our kids about drug use?  Nothing, nor are they good role models (yes, I know, some athletes are).

Thursday – hats off – now why would they do that when they can just hide their drugs in them?

Friday – the biggest joke of all, school colors – does school administration know what goes on in their bathrooms, hallways, locker rooms, parking lots, and events?

But, let’s just keep having these silly events and ridiculous outfits in hopes our kids will stay off drugs.  Does writing a one-page essay hit home?  Does it stick with them to the age of when they truly will need to say no?  Where is the awareness?  My son came home Monday and wasn’t aware why he wore red to school.  Maybe he missed something, maybe he wasn’t paying attention…

As the mother of a recovering addict, I have seen the real world of drug use and what it does.  It isn’t pretty, and I wouldn’t wish it on my worst enemy.

Elementary age students get a little, tiny glimpse of what drugs can do to their bodies and health, but as they get older, are they strong enough to say no to the pushers who lurk in the bathrooms offering drugs under the stall walls?  Are they confident enough to not believe the threats being made if they turn these pushers in?

Are the schools afraid of actually having consequences for those who deserve them?  When was the last time a school had a drug-sniffing dog in to walk the hallways?  Is it because they know every other locker would most likely stop a dog dead in its tracks?  Where are the suspensions?  Where are the parents who are furious with what is going on within the school walls?

Want to know why this isn’t happening?  Because it’s too hard to deal with.  It ain’t easy, and people don’t do well with difficult anymore.

Those high school kids?  I promise you, a large percentage are users of some form of addictive drug, but yet they participate to snow the teachers and parents.  “Just Say No to Drugs” is flung aside, and these kids hide elsewhere to smoke their dope, vape their fruit flavored toxins, or whatever means it takes to get their high.  The posters are catchy, and they are true, but they are looked at and forgotten.

Yep, every kid knows drugs are bad.  They do, really, yet they justify the usage in some ridiculous way.  Kids do drugs to be cool or because they can’t say no, and before they know it, they are hooked.  And let me tell you, addiction is ugly.  I have seen it firsthand.

Red Ribbon week is a sad joke (yes I get the premise behind it), so what will it take?  Has an all-school assembly been called to share real life stories and experiences of drug use?  Have they seen firsthand what a former addict looks like?  Do they know the true difficulties a substance abuser faces?

Have they seen the face of what drugs really can do to a person, their life and their families?  Have they heard the stories of those who have climbed out of addiction hell and how hard it is to stay there?

Bottom line, is it my job as a parent to educate my kids about drugs?  Yes, it absolutely is.  Want to improve our education of our kids and drugs, how about sending an age-appropriate guide or list of resources home for us to use cuz camo on Tuesday just isn’t going to cut it.