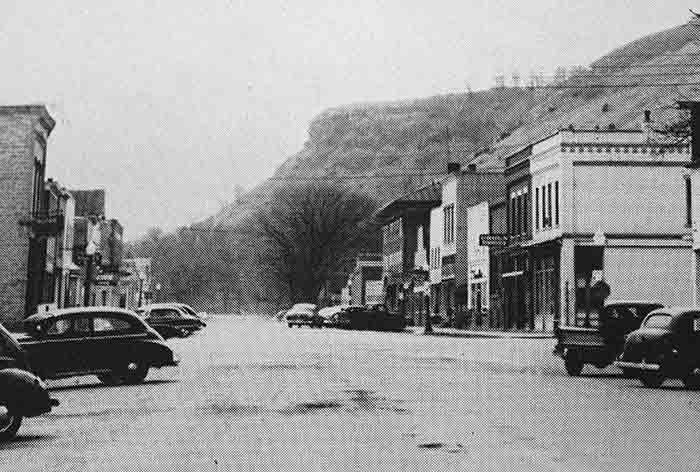 Following World War II in the late 1940s and 1950s, the United States economy boomed, but not for many family farms and some farm communities. The business of family farming depended on all family members old enough to do chores. Sometimes, kids in town also had to help support the family. If the family did not have a business in town, the first childhood chore could be finding a steady after-school job or an assortment of odd jobs or being a budding entrepreneur.

Boys on bicycles delivering newspapers was common in the 1940s and 1950s. And there were a few girls pedaling with papers as well.  In Southeast Minnesota, there were paper routes for the evening edition of the daily Minneapolis Star and the Sunday Minneapolis Tribune as well as the daily Winona Republican Herald. There were two paper routes or territories in Rushford for the Minneapolis papers. But the Winona paper route was usually the most desired. It was the most work, because there were more Republican Herald readers in southeast Minnesota. But for the go-getter, that also meant more money to be made.

After the Minneapolis papers were transported to Rochester, they were sent south by truck to communities such as Caledonia, Houston and Rushford. Bundles of the Winona paper came by passenger bus to La Crescent and then by bus on Highway 16 from La Crescent to Hokah, Houston, Rushford, Peterson, Lanesboro and beyond.

Being a paperboy might have involved a financial investment before a profit could be realized. If a bicycle was not already a possession, it became a business expense. Gambles Hardware Store in downtown Rushford was known to accept a two or three dollar down payment for a bike with the paper boy committing to pay at least 25 cents each week on the balance.

A basket on the front of the bike would be filled with newspapers. Delivery boys or girls, who were predictably punctual, were certainly appreciated. Customers expected to find a newspaper on the front porch, often accessible by bicycle up a sidewalk. However, on rainy days, there were no plastic bags in that era. The bike rider would have to dismount in the falling moisture to place the paper inside the storm door or if that was not possible, beneath the welcome mat.

In the warmer months, pedaling could create a welcome breeze and be “a breeze,” compared to winter deliveries when the temperature attacked both hands and feet. The snow could be too deep for bicycling. On other days, the snow could clog the space between the tire and the fender.

Once each week, often on Saturdays, the delivery boys were required to collect money from their customers and then mail a bank money order to the newspaper. If he went to the post office in the morning, he could often catch many of his customers as they came to pick up their mail. That saved a lot of knocking on front doors in the afternoon. And in winter, the post office provided warmth as well as convenience. While collecting in summer with some currency on hand, the basket on the front of the bike might contain a doughnut or two instead of newspapers.

The bicycle was also requisite if a youth was hired to deliver “sale flyers” around town. In Rushford, it looked like easy work for 50 cents – before the biker realized that it would be an all-day task. And if the flyers were seen blowing in the breeze or floating down the river, there would be no pay. So great care was taken to secure them between doors or other safe places.

Where space permitted, there were some family gardens in town, which might produce an occasional cash crop, such as strawberries. In such cases, a son or daughter with a bicycle made for prompt deliveries.