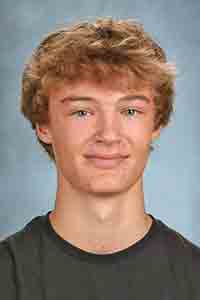 The field of artificial intelligence (AI) began with the idea that machines could be designed to mimic human intelligence and perform tasks that normally require human intelligence, such as visual perception, speech recognition, decision-making, and language translation.

The history of AI can be traced back to the 1950s, when researchers first began to explore the possibility of creating machines that could mimic human intelligence. One of the key pioneers in AI research was Alan Turing, who is known for his work on the Turing test, which is a test to determine whether a machine is capable of thinking like a human.

In the early years of AI research, the focus was on developing algorithms that could perform specific tasks, such as playing chess or solving mathematical problems. These early AI systems were designed to perform specific tasks, and they were not able to learn or adapt to new situations. As a result, their capabilities were limited, and they were not able to perform many tasks that require human-like intelligence.

Another significant development in AI in the 2000s has been the increasing availability of data and computing power. The growth of the internet and the proliferation of mobile devices has led to a vast increase in the amount of data that is generated and collected. At the same time, advances in computing technology have made it possible to process and analyze this data more efficiently and effectively.

AI has come a long way since the beginning with the development of machine learning and deep learning algorithms, as well as the increasing availability of data and computing power. These developments have enabled AI to perform more complex tasks and to learn from data more effectively. As a result, AI has become an increasingly important and influential technology, and it is expected to continue to grow and evolve in the coming years.

It is difficult to predict exactly what AI will be capable of in the next 20 years, as the field of AI is rapidly evolving and there are many potential paths that research and development could take. However, it is likely that AI will continue to make significant progress in a wide range of areas, including natural language processing, image and video recognition, decision-making, and automation.

One area where AI is expected to make significant progress is in the development of more advanced and sophisticated machine learning algorithms. These algorithms will enable AI systems to process and analyze large amounts of data more efficiently, and to learn and adapt more quickly to new situations and environments.

Another area of focus for AI research is the development of more human-like intelligence and capabilities, such as the ability to understand and generate natural language, recognize and interpret emotions, and engage in more complex problem-solving tasks.

It is also possible that AI will play an increasingly important role in fields such as healthcare, transportation, and manufacturing, helping to improve efficiency, reduce costs, and increase productivity.

Overall, it is likely that AI will continue to make significant progress in the coming years and will be capable of a wide range of tasks and capabilities that we cannot yet fully predict.

Ezra Griffin is a student at Spring Grove High School. He is one of 17 area students participating in the Journal Writing Project, now in its 24th year.