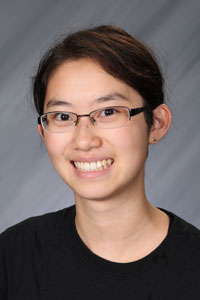 If someone walked down every street of Minneapolis and counted the number of people of color, how many would that person see? If a survey of the entire state of Minnesota was conducted, how many people would check a box declaring their sexual orientation something other than straight? In the United States, how many would state their religion to be something other than a branch of Christianity or atheism? The answer for any of these questions is probably a lot. The country in which we live is a diverse nation, but the fictional media we consume does not reflect this. Movies, TV shows, and books are often filled with straight white characters whose religion is deemed irrelevant. While the lack of accurate representation of minorities in fictional media may not seem like a big deal, it does have impacts on both individuals and society as a whole.

The lack of representation for minorities has been a bigger issue in the past, but the representation gained is still nowhere near an accurate portrayal of cultural diversity, particularly in the United States. To put this issue in perspective, in 2017 YouTuber and activist Dylan Marron created a series called Every Single Word. In this series, popular movies were edited to show only the words that a person of color spoke. The Fault in Our Stars, Noah, and Into the Woods, along with most others, were stripped down into clips under a minute long. The longest clip, lasting one minute and 40 seconds, was Harry Potter and the Sorcerer’s Stone. The entire movie was two and a half hours long. Though shows and movies may include people of color, many of those characters are not given as much screen time as white characters, which contributes to the lack of representation. People of color are not background characters in real life, so they should not be portrayed as such in fictional works.

Screen time is an important factor in considering how much representation is in the media, but the quality of the character is important as well. For instance, sometimes a creator makes a side character gay for no other reason than to attract people from the LGBT+ community. J.K. Rowling has done this on Twitter. While her books have been published for a long time, she is known throughout the fanbase to announce that various characters of hers are gay even though she did not originally write them that way. The same can be done for a character’s race or religion, and it is especially easy to do in books since it is up to the reader to imagine the character. It is easy for the author to add one line about a character not being white and then never say anything else about it. The problem is that in America being not white will impact that character’s entire life, and it is negligent to simply not acknowledge it again. Despite race, sexuality, and religion possibly being a large part of someone’s identity, those traits do not define a person. When minorities, especially people of color, are represented, they sometimes end up being a stereotype with no actual personality. This helps to reinforce negative stereotypes and prejudices. Just being seen is not enough. A character that is part of a minority group must seem like a person, not simply a character that is part of a minority group.

Good representation is important because what we as individuals see influences what we as a society believe. Individually, it is important to see a reflection of ourselves within mainstream media because it’s empowering to see someone with whom you can relate on TV or in a book. It creates a sense of belonging and feelings of being accepted. On the other hand, if a person is straight, white, and either a Christian or an atheist, seeing people of minority groups reminds them that not everyone in the world is part of the majority. Normalizing the minority fosters acceptance for those groups. This connects to the attitudes of society because minority groups are the minority. Minority groups need the majority to see and accept them, but if the media is not portraying them in a positive light, the majority will be influenced to not see them in a positive light. The social perception of these groups will become skewed. The media, even fictional media, influences the attitudes of society as a whole more than many people realize.

Leah Himlie is a student at Rushford-Peterson High School. She is one of eight area students participating in the Journal Writing Project, now in its 21st year.