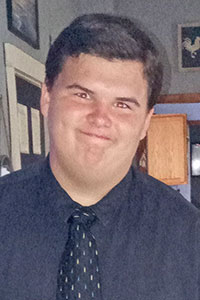 Sympathy and empathy are two different emotions with two different ways of expressing them. Sympathy is judging how a person feels, meanwhile empathy is when you can imagine yourself in this person’s shoes.

Now I ask you to imagine what this world would feel like without these two things, looks pretty bleak doesn’t it? No light, just a cold empty place. Sounds scary if you ask me. I don’t know about you guys but I rather not live in a world like that. It goes to show why sympathy and empathy are important to our day to day lives. You can’t have one without the other. Both of these things have been around for ages, both are what I would like to think something we have always had.

Empathy is kinder than sympathy, if you ask me. You don’t jump to conclusions with empathy, you just know their pain and be there for them, meanwhile with sympathy you don’t put yourself in the other’s view, you are just there. I think the world would be a much more lonely and frightening place; without these two it would be rough living, don’t you all agree?

Isn’t it interesting how we have these thoughts? Like where did we get them from? Did we always have the ability or did we evolve and learn? Makes you think, doesn’t it? In this world right now I strongly believe we need more of these two things. Just think if we could understand one another better it would make life better not easier but better.

When was the last time you used empathy or sympathy? Better yet, when was the last time you had to use both? For me I mainly have been more empathic than sympathetic. It is also interesting how there is more than one type of empathy. First is the one most people know: affective empathy is where you recognize and feel other people’s emotions. Next would be cognitive empathy. This is where you are able to see a person’s state and act correctly. Last but not least would be somatic empathy where you see someone in pain and you feel their pain. Which one do you think is more important? Empathy or Sympathy?

This sounds too much like an essay, let’s change that! I think that if the world had more empathy we wouldn’t be so grouchy all the time. We wouldn’t fight so much. Empathy is a powerful emotion when shown in full force. Just think about all the things in life that could have been and could still be changed, all because we are able to see through someone else’s eyes. I know that if I had more empathy I could learn a whole lot more from people and just think, if we all had a little more empathy we could discover more about ourselves and about others. Now we can’t talk about empathy without its pal sympathy. If we had a little bit more sympathy, life would be good. We would be able to understand each other a little better. It would be interesting to live in a world like this, full of sympathy and empathy. I know that if we try a little harder to be more sympathetic and empathetic, the world will benefit from it greatly, as will we. I know sometimes it is hard to be both or either, I have trouble with it too, but if we do it I just know we will turn out for the better, so I am asking all of you to instead of reacting in a negative way choose empathy and sympathy.

Trevor Garner is a student at Chatfield High School. He is one of 14 area students participating in the Journal Writing Project, now in its 23rd year.