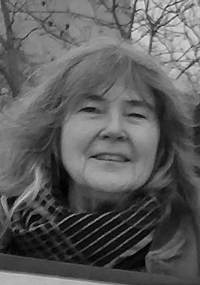 Some people may not have noticed, but hoops are dual-directional!

Over the past year and a half, the Republicans who refused to take COVID seriously and then refused to mask up and refused to distance are now refusing to get vaccinated. No one is going to tell these “freedom-fighters” what to do. They aren’t jumping on any bandwagon.  Nobody is going to make them jump through any hoops. So independent are they!

But they have jumped through hoops!  Some powerful people with nefarious intentions convinced folks to jump through the hoop to the side of mass delusion and convinced them so cleverly that some folks think that being delusional is their own idea and that they like it.

Their messaging mutates faster than the virus.

First, the virus was a liberal hoax. A media hoax. Now these same people are angrily demanding that the Biden Administration investigate the origin of the COVID virus.  Was it from a wet market or a Wuhan lab? Was there a cover-up?

I, too, would like to know what happened. But why get worked up over an investigation of something you were told, and still seem to believe, is a hoax?   It almost sounds like a joke some drunk would tell in a bar:  “A hoax escaped from a Chinese lab….”

One part of their messaging doesn’t change at all and that is, “Whatever we do, we do it to own the libs.”

What a noble operating principle for living in a community!

Own the libs. Lie. Say COVID is a hoax. Say the vaccine is poison.  The election was stolen. Democracy is so overrated. Global Warming is a hoax. Why not also remove stop signs and stop lights, and paint over the yellow lines. Don’t let anyone tell you which side of the road to drive on. No speed limits either.  Wouldn’t want to jump through any hoops.

For years, when Republican lies were fact-checked, Trump’s base insisted, “We aren’t stupid!  We know he’s lying. But it’s fun. It’s entertaining. And it owns the libs.”  But then, when Trump claimed the election was stolen or that January 6 was love and hugs and kisses, now, all of a sudden, he’s telling the truth.  Yes, their message mutates faster than the virus.