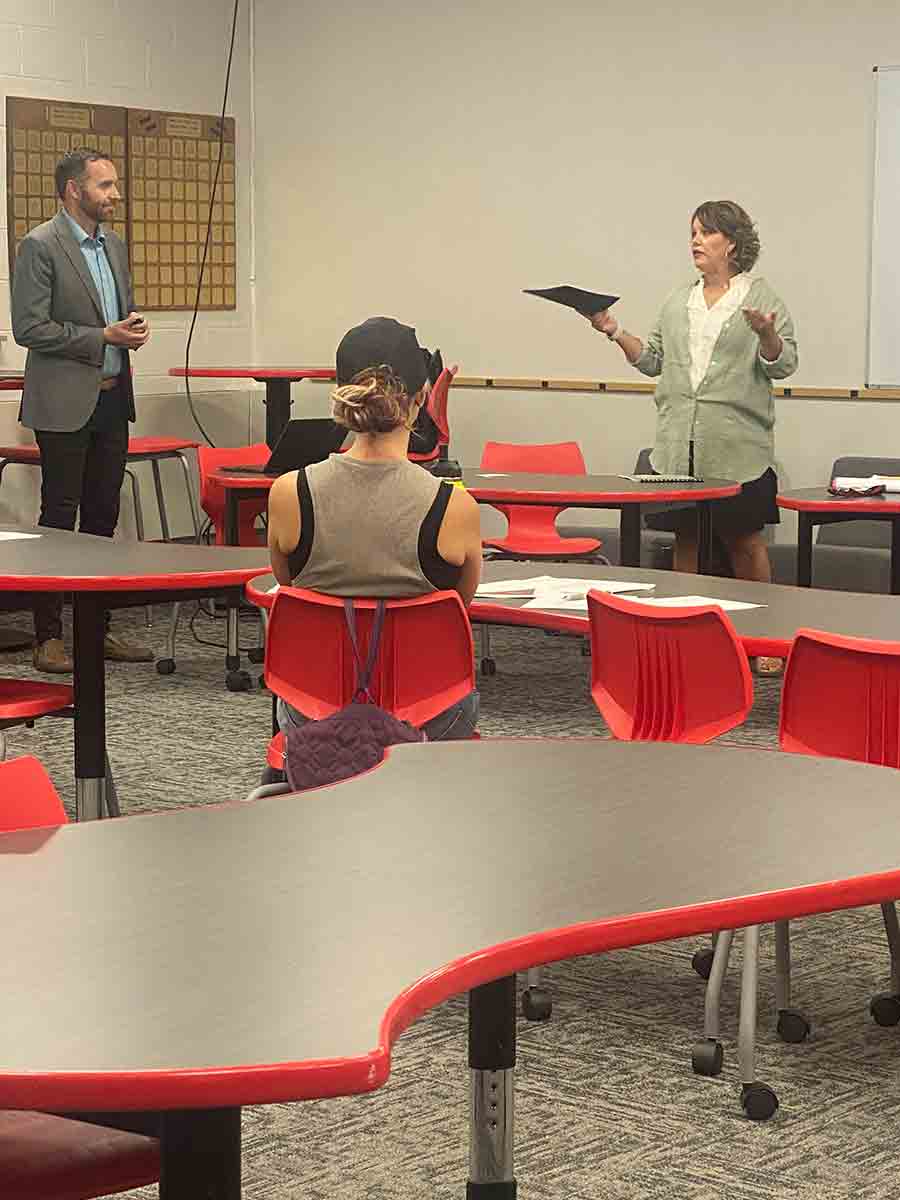 Over the past months, the board heard proposals from three architectural and engineering firms for facility planning. The proposal from ISG was approved at the board’s regular monthly meeting on September 19.

The first question the board answered is whether it is time for the school to do a facility analysis and study. Superintendent Rachel Udstuen reminded the board that the last study was conducted in 2010.

The second question, who does the board want to work with. Udstuen reviewed each proposal and the fees. She also confirmed that the school would be the driver of the school’s referendum and can say no at any time.

The board unanimously approved the consent agenda which included the September 19 meeting agenda, minutes from the August 15 regular board meeting, the treasurer’s report, and approval of bills plus authorized Udstuen to act as the Identified Official with Authority for the Spring Grove School District. Other items approved on the consent agenda included the Sports Medicine/Athletic Training Services 2022-2031 agreement and the resignation of long-time employee Al Lochner as the Washington, D.C. advisor, shared food services position contract with Diane Gerard and Shirley Gerard and hired Zachary Fishbaugher for the evening custodian position.

Principal Luke Kjelland reported that students are participating in work force development activities through Bluff Country Collaborative (BCC). Two students attended the Xetex tour in La Crosse and 40 students are signed up for the career fair in Caledonia on September 22. There are over 45 business partners, including Gundersen Healthcare, participating in the career fair. BCC is organizing a group tour at a business the second Wednesday of every month. Kjelland announced that the 7th grade field trip to Eagle Bluff is September 26-28 and homecoming week is October 3-8.

According to the principal’s report there are 345 members, and the school is seeing an increase in transfers due to families moving to Spring Grove. Superintendent Rachel Udstuen noted in her report that her numbers show 355 students this year compared to 342 last year. Both Kjelland and Udstuen laughed, noting that their numbers are difference because they reviewed the numbers on different days.

Assistant Superintendent Gina Meinertz reported that she and District Accountant Tanya Elton finished the Title grant. Meinertz is writing a wildlands grant to continue expanding the native plant garden, and an arts grant to support the theatre partnership. She mentioned that she heard back on the Community Education Initiative grant she wrote this summer. The $40,000 grant application made it to round number two.

Udstuen stressed, “Spring Grove is not alone when it comes to staffing shortages.” The school is implementing creative measures in the short term to deal with the shortages. For example, the school combined two bus routes the other day and the Kjelland, Meinertz, and Udstuen are subbing in the classroom. In the long term, “We could use more subs.” Bus drivers are also need. If anyone is interested in subbing or bussing, please contact the school and they will work with you.

In other business, the board;

• Approved increasing the paraprofessional substitute rate from $10.50 to $13.00 per hour after noting that Spring Grove’s rate is the lowest in the area,

• Accepted the resolution to waive 2% of the school’s basic revenue for staff development requirement.

The next regular meeting of the Spring Grove Public School Board is Tuesday, October 18, at 7 p.m. in the school’s Learning Resource Center. The school continues to offer the board meetings on Google Meet for anyone who would like to attend virtually. For assistance monitoring the meeting, contact the district office at (507)498-3221 or email rachel. udstuen@springgrove.k12.mn.us.