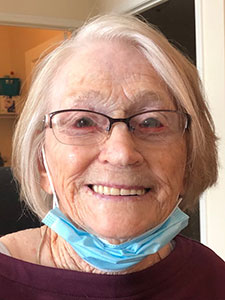 The funeral mass for Regina Elizabeth Vogt will be at 11 a.m., Friday, October 8, 2021, at St. Finbarr’s Catholic Church in Grand Meadow, Minn., with Father Marreddy Pothireddy  officiating. Visitation with be from 6:30-8 p.m., Thursday, October 7, 2021, at the St Finbarr’s Catholic Church and one hour prior to the service at the church on Friday. Family burial will be at Calvary Cemetery later that day.

Regina was born in Dedham, Iowa, on September 7, 1928. She grew up on a farm with five brothers and four sisters and her parents John and Clara. She married Lloyd Vogt after he returned from serving during WW2 and he was the love of her life for 65 years. They farmed in Iowa for several years and later moved to Grand Meadow, Minn., where they bought a farm and raised three children, of whom she was very proud. They all worked on the farm together and enjoyed many good times working, camping, traveling and fishing. She, of course, was the backbone of the whole operation, providing food for everyone while working herself, and enjoying every minute of it. She instilled these hardworking and fun values into the generations that followed her. 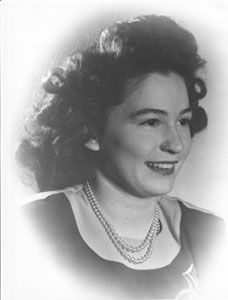 Regina adored her multi-generational family and would stay with her children and grandchildren’s families often, helping whenever she could. Regina stayed busy, even after retiring from the farm and moving to Rochester, Minn. She always took the opportunity to happily clean wherever she was and often said that she, “knew where the dirt lived,” which came in handy while flipping houses and being a guest at anyone’s home. She played with her great-grandchildren like no one else could and had great, personal relationships with each of them. She regaled her family with stories of growing up during the Great Depression, living through WW2, and buying a farm. Having grown up with very little material things (but rich in love and family!), she embraced the many opportunities she was given later in life. She traveled around the world with her husband and after she was widowed in July 2012, with her children, grandchildren, and great-grandchildren; trying new things like going in a swimming pool, hula hooping, and playing laser tag. She kept us all laughing and learning, well into her 90s. In later years, she didn’t feel like she was able to physically help, but she prayed daily for all of her family.

Regina was one of the sweetest, kindest people you’d ever meet. She was described as having a heart of gold and she earned that distinction through her many years of generosity, love, and praying. Some of her favorite words were, “I like people and I love little children.” Those words shone true in her interactions with everyone. True to Proverbs 31, she was patient, kind, and trusting every day of her life.