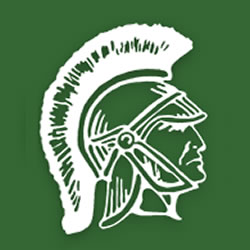 QComp committee members, Shari Michel, Brenda Bergan, Becky Lind, presented a PowerPoint to the R-P School Board at their regular May 16 meeting. In the presentation, the trio noted that the primary focus of the PLCs (Professional Learning Communities) has been on student connections. They asked for one half-day early out each month.

The PLCs would be restructured with a PreK-6 math and science, a Pre-K-6 reading, a 7-12 math, a 7-12 English, a SPED, and a career and technical one. They would implement the four essential questions to guide their work, namely, 1. What do we want the students to learn?; 2. How will we know if they learn it?; 3. How will we respond if students don’t learn it?; and 4. How will we extend learning for those who do learn it?

The teachers would use the half day to go over data and share effective teaching methods. The committee had researched what area schools are doing; some of the variations used include: Three PLC days a year, a weekly late start, a late start once a month, or an early out five times a year.

Elementary principal Angela Shepard said she had spoken with Kids’ Club staff about making more child care available for students on those days. She commented that if parents know ahead of time it’s easier for them to plan for it.

Chairman Chris Grindland chose to let new superintendent Ben Bernard look over the request and place it on the agenda for an upcoming meeting.

The board signed a drainage, utility agreement with Ruth Peterson to bore under her additional half lot in order to connect to city water and sewer to provide service for the planned concession stand and bathrooms. Peterson purchased the land so she could keep the space open; she has no intentions of ever building on it.

The board expressed their appreciation of her generosity in allowing this easement. Because they will be able to hook up to the utilities this way, they will avoid the need for a lift station.

The concession stand/restrooms project is expected to cost between $65,000-$70,000. The booster club has already given two $25,000 grants; an additional $15,000 grant was applied for by Holly Ekern from BK5K. The BK5K Youth Fund Committee recently notified the school that they had been awarded the grant. With the project fully funded and the utilities lined up, construction will be able to soon begin.

The board approved an agreement with HVED to extend mental health services by a day. Currently, R-P has a waiting list of students wanting to access the services. Superintendent Jon Thompson reported that ESSER funds will be used to pay for the extra time.

Parent Jason Ploetz expressed his concern that his daughter had seen a poster in the school hallway, “a rainbow with items attached to it with meanings.” He felt an apology was owed since the posters for the LGBTQ were only to be posted in the high school areas of the school, out of sight of younger students. Ploetz did say the poster was gone now. Apparently, it had been mistakenly posted near the library which younger students visit.

Ploetz also was frustrated that the school website was still not updated. He felt the school board meetings should be streamed online so parents unable to attend the meetings could still listen in and comment if they wished.

Supt. Thompson later in the meeting responded that there have been changes made to the website with further changes planned for the summer. Thompson noted that he has reached out to the designers of the website in case staff needs help, but declared his confidence that staff would be able to complete the update.

• Heard that some stone that has fallen off the front of the building; the stone will be redone and sealed;

• Learned from high school principal Jake Timm that the school had awarded over $70,000 in local scholarships to graduating seniors;

• Changed the June meeting date for the board to June 22 since June 20 is a federal holiday (Juneteenth).

The next R-P School Bboard meeting will then be June 22, at 6 p.m; the public is welcome to attend.