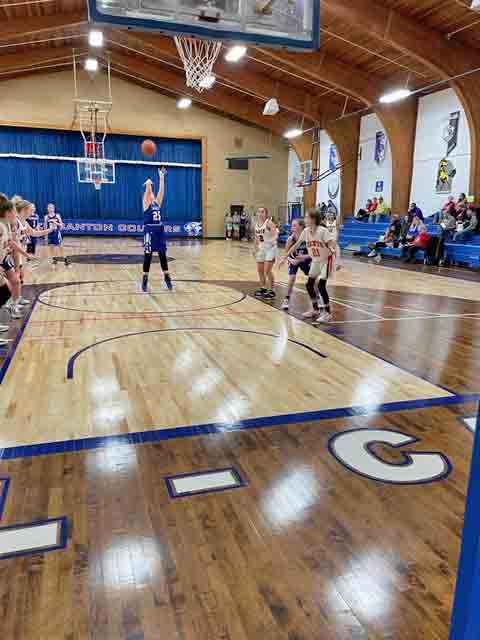 The Mabel-Canton School Board met in regular session on December 21.  All members except Traci Livingood were present.  Superintendent Gary Kuphal explained the situation regarding bids on the mechanical portion of the school’s ongoing facilities project.

Kuphal stated, “We as a Facilities Committee met… the bids were opened.  All of the other bids were in line… right where they needed to be.  The mechanical bid, which is the majority of the work now in this next phase, we anticipated it to come in about $1.5 million.  It came in about $900,000 over that.”

Kuphal continued, “Part of the difficulty is, we only got one bid.”  He said that after consideration by the Facilities Committee, “We’re going to recommend that you reject that bid.”  He then explained that after consulting with the engineering firm of Kraus Anderson, it was suggested to break the mechanical project into smaller portions, in hopes of getting more bidders, and potentially lower bids.

Kuphal suggested that new bids could be received by January 6, with a Facilities Committee meeting set for January 7, and then potentially a special school board meeting on January 10 to consider acting on any bids received.

Board members asked what the options would be if the school doesn’t receive bids that are within the approximate “budget” for the project.  Kuphal said that, speaking in general terms, the board would have essentially three options in that situation.  The board could reject all bids and wait a year to again ask for bids.  The second option would be to scale down the project in some manner.  And finally, Mabel-Canton could investigate to see if additional funding or grants might be available.

Prior to the regular board meeting, Mabel-Canton held it’s annual Truth in Taxation hearing.  No citizens attended to ask any questions, but Business Manager Aimee Lake gave a summary of the school district’s proposed levy, revenues and expenditures.  The total proposed levy was $1,023,627.  Lake said that  40.8% of expenditures are for Regular Instruction, while Special Education accounts for 13.9% and Building & Grounds is 12.8%.

Overall, Lake said the finances show “not a lot of changes from the previous year.”  During the regular meeting, the board approved the final levy as proposed.

Student Representative Emily Carolan gave an update, saying, “The FFA wanted to mention that they had another successful fruit sale.  They’d like to thank Chris and Melissa Miller, and Patrick and Carlena Gallagher for providing supper and games for the holiday FFA party.”  She added that FAA will be taking a rodeo trip to St. Paul in January.  Carolan also stated the Student Council food drive netted a large amount of food, plus $330 in donations.

Superintendent Kuphal summarized the recent communications to the community regarding the nationwide concerns about potential threats to schools that were trending on some social media sites.  He said Mabel-Canton chose to inform families, even at the risk of causing undue alarm among some.

Kuphal also brought up the idea of Mabel-Canton potentially scheduling one of more “wellness days” when students would have the day off.  He said the stretch of time between early January and April tends to be “always a long haul” with nearly no days off (other than if weather intervenes).  He said the pandemic has been a trying time, and some schools have already scheduled such wellness days.  No board action was taken, but the board consensus was for Kuphal to explore the idea further.

The board’s next meeting will be January 10 at 6 p.m.  The public is welcome.