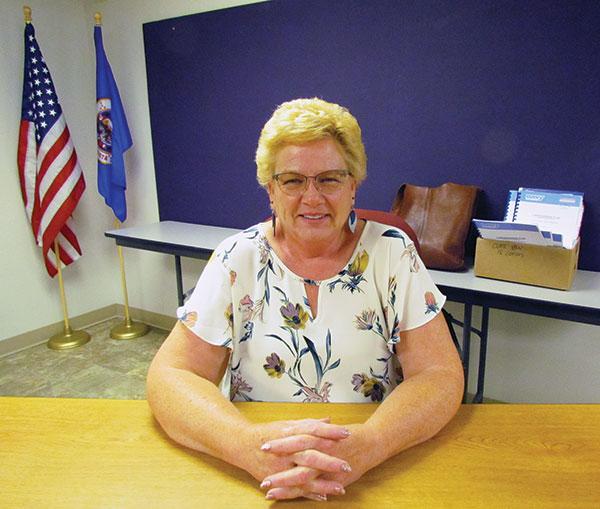 The Council approved the meeting agenda and the consent agenda, including the August 16 regular meeting minutes and the September 14 budget workshop, financials, Resolution 22-36 Transfer of Funds, appointment of 20 student election judges, and temporary liquor licenses for Giants of the Earth, Spring Grove Chamber of Commerce, and Ye Olde Opera House (YOOH).

The Council accepted the proposal from Pantheon Computers for IT services at its regularly scheduled meeting on Tuesday, September 20.

The current IT consultant, Rob Mason, announced that he is moving on and will no longer be providing IT service through his company to the City after the end of the month. Mason noted that Pantheon Computes has contracted with him to assist with his accounts that switch over Pantheon. Mason explained that he spent the summer vetting companies and recommended that the City goes with Pantheon Computers.

Sean Dahlman, Pantheon Computers, explained the company’s business philosophy and how they will provide service to the City and its services. The contract costs $1,350 a month and does not include subscription licenses.

Dahlman said, “We want it to feel normal throughout the process.”

After approving the inter-agency agreement to provide limited law enforcement services until the end of the year, the Council approved the three-year contract with Houston County to provide law enforcement services. It has been noted that the sheriff’s deputies are visible in town. The county and City settled on a purchase price for both Spring Grove city police cars. The Council approved selling both Spring Grove police cars. The first car will be sold immediately, and the second car will be sold at the end of the year after the police chief’s retirement date. Inglett reported that since September 10, Houston County had received 36 calls for service and 10 calls when the deputies were not on duty.

The Council did not take action on the retaining wall in the alley between American Family Insurance and Lucky’s. However, VanMinsel and Amundson will research before the next meeting. VanMinsel confirmed that construction on the wall started in 2004 and was completed the same year. VanMinsel concluded, “We would like to look at a permanent solution as we have repaired it twice.”

At the last EDA meeting, the committee discussed potential hookup fees at the industrial park, the budget, and the Quonset hut environmental study.

Amundson reported that the Parks Committee met at the tennis courts, noting that they are in “rough shape.” The basketball court is not as bad of shape as the tennis courts. The bathrooms must be ADA compliant. The committee will start looking at grants to cover the cost of the bathrooms.

• Tabled the cement bids for curbs and gutters until the October 18 meeting;

• Approved closing the one-way street by the school during school hours on October 7 to decorate homecoming floats;

• Accepted the proposed changes for the administrative assistant’s hours and job duties with Councilman Rohland casting the only nay vote;

The Spring Grove City Council’s next regular meeting is Tuesday, October 18, at 6 p.m. in Spring Grove Communication room 100. The public is invited. to attend.