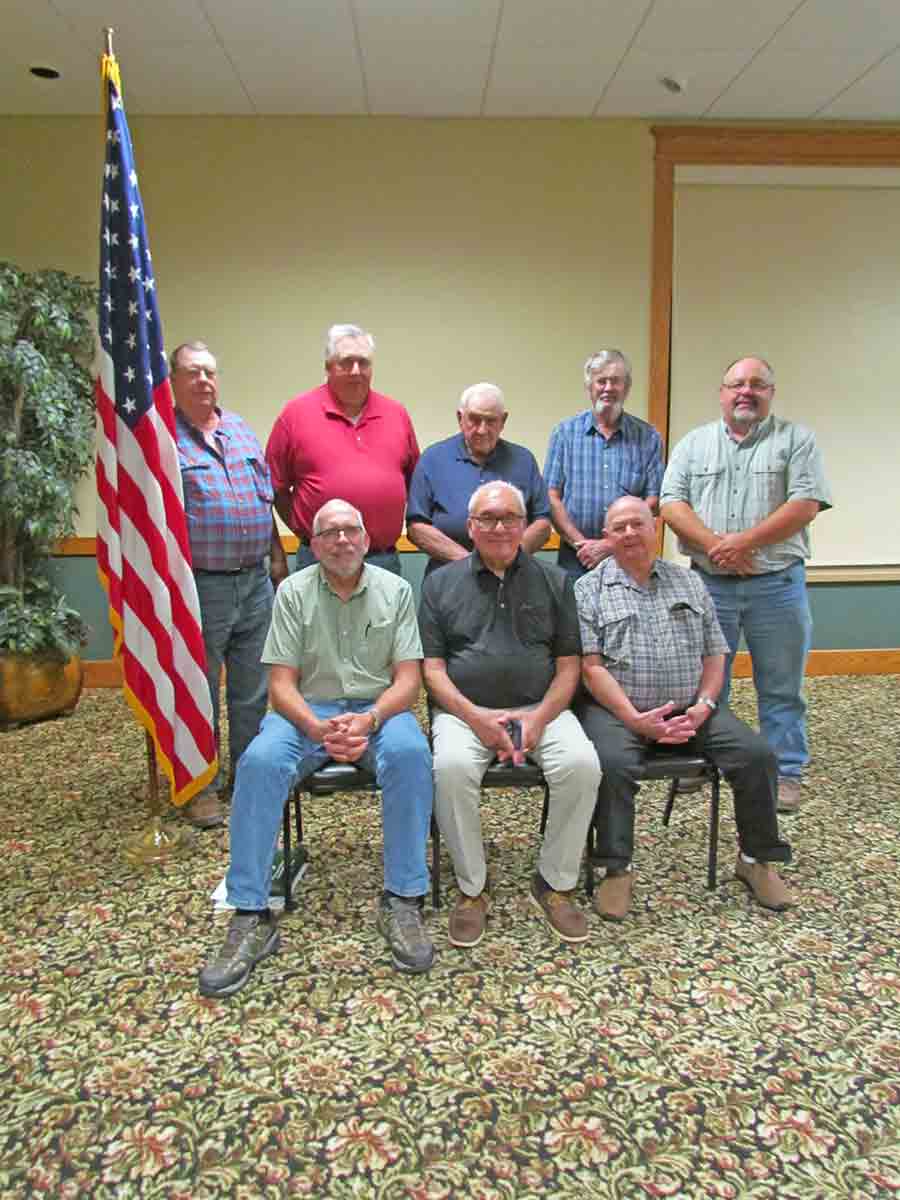 Mike Patterson led the audience in the Pledge of Allegiance, after which a moment of silence was held for township officers who have passed away – Dale Omodt, Janie Sheffer, Dick Snow, and Tom Knutson. John Beckman gave the Invocation.

The minutes from the 2021 annual meeting and the treasurer’s report were approved as presented.

•Houston County has 882 miles of roads. Four hundred fifty miles of those roads are township roads.

•In Minnesota, there are roughly 1900 townships in the state. Houston county has 17 townships.

•Houston County is one of 87 counties in Minnesota.

•There are over 60,000 miles of township roads in Minnesota.

•One million people live in townships, with .02% living in Houston County.

“We may be small by comparison, but our issues, concerns, and needs should not go unnoticed,” theorized Markos.

Rex Edge, District 1 Director, Minnesota Association of Townships (MAT), thanked the township officers for volunteering their time and all they do. He noted, “Our lobbying efforts are working up there. We are getting some stuff taken care of.”

MAT is pushing broadband the “last mile,” and it has been an easier sell since the pandemic. “Companies want to bring it into Caledonia, but what about the townships where there is one house every half-mile or so where it is not as profitable.”

County Commission Chairman Greg Myhre thanked everyone for serving on the township boards and appreciated working with everyone over the years. He noted that the county is working on the preliminary levy and will be tough this year with the increase in prices. “Please bear with us; we will get through it this year.”

Houston County staff presented a brief overview of their department’s work over the past year and the projects scheduled for 2023. If there are any questions, staff encouraged township officers to contact them.

Environmental Services Director/Zoning Administrator Martin Herrick and Program Director Jeannine Clancy with TKA updated officers on the Comprehensive Land Use planning process that is in the early stages. Herrick invited the audience to attend the county tour on Tuesday, September 20, which is part of the planning process. In addition, Clancy encouraged attendees to take the online survey. Currently, around 200 surveys have been completed. She is hoping to have three to four times that many completed by the middle of October.

President Markos emphasized, “The townships are the core of government in Minnesota.”