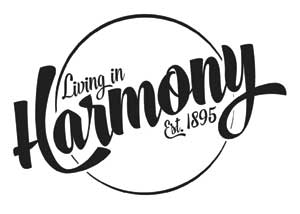 Harmony resident Robert Tieffenbacher addressed the council during the public forum portion of the July 13 Harmony City Council meeting. He was pleased with how well the citywide clean-up day went and appreciated the opportunity to get rid of an appliance and some old furniture. He noted that it was the first clean-up day he’d experienced since moving to Harmony 25 years ago, and he hopes that the city doesn’t wait another 25 years to do it again.

City Administrator Devin Swanberg mentioned that the city office has received several calls from other residents expressing gratitude for the citywide clean-up day as well.

Kent Whitcomb from MiEnergy asked the council to approve an electric service agreement with MiEnergy as Dairyland Power Co-op has recently modified its wholesale rate, which will waive third-party costs and save the city a considerable amount of money. The council approved the agreement.

The city staff has put together a list of uncollectible debts from the ambulance department that need to be written off to simplify the city financials. The total amount of all the debts comes to $23,000. Almost half of that was due to issues with the billing agency which has since been acquired by a different company. City Accounting Clerk Samantha Grabau noted that the ambulance service now has a better process for dealing with accounts as well. A resolution was passed allowing the city to write off the bad debts.

City Engineer Brett Grabau recommended that the council approve pay request #6 for the 2020 street project. There will be one final pay request in August, and the contractor will finish the restoration around town this fall. Harmony resident Brad Thacher asked what the list of restoration projects consists of and showed the council a number of photos he had taken throughout the summer of areas where water shutoffs were sticking up above ground where a lawn mower could hit them, and patchy grass with weed growth. Grabau assured him that those areas would be taken care of in the fall when the weather was appropriate. “I’m confident that the restoration is going to turn out great,” he said. He suggested that one or two council members join the final punchlist walk-through with the contractor this fall. Pay request #6 was approved.

The City of Harmony has offered to put a higher pressure pipe in the sewer by Minnowa Construction and would like the company to install a grinder pump on their property in return to help deal with the ongoing sewer system clogs that occur due to what they wash down their drains. Numerous attempts have been made on the part of the city to reach out to Minnowa Construction without much response. A letter was received from Minnowa this week informing the city that they are not open to the offer. City Attorney Greg Schieber has drafted a letter to be sent in response, which the council approved.

The final payment for the splash pad infrastructure was approved. The plans were sent to the state for approval and some notes were received back on things that need to be corrected. City Administrator Devin Swanberg noted that once the final drawings for the plumbing part of the project are received, they will be sent to the state for approval as well.

The council reviewed the notes from the recent Harmony EDA meeting. Several parties are currently interested in lots in the industrial park so some growth may be happening there soon.

Swanberg noted that multiple people had recently brought to his attention that the stretch of bike trail from Harmony to Preston is getting run down and is in need of repairs. Schieber agreed to draft a letter for the city to send to the appropriate state officials. Swanberg will reach out to the City of Preston suggesting that they do the same and also recommended that concerned citizens and council members send letters as well.

The Harmony Public Library recently purchased an umbrella for their patio. They also had their first game night event, which went well. A second one is planned for July 21 from 4-6 p.m. with games and snacks for the whole family.

The next Harmony City Council meeting will be August 10 at 7 p.m.