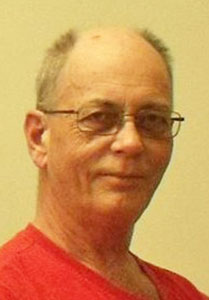 Gary Odell Wangen (AKA “Killer”), age 71, of Mabel, passed away peacefully at his home on Saturday, April 17, 2021, surrounded by family after a valiant battle with cancer.

Gary was born June 20, 1949, to James O. and Irma R. (Vickerman) Wangen.  He was confirmed at the Elstad Lutheran Church, and graduated with the Lanesboro High School class of 1967 and was in the National Honor Society. Gary married Bonny Engen on September 30, 1967.  They had three children, and were later divorced.  Gary attended the Austin Vo-Tech for Automotive Mechanics.  While attending college he worked as a mail carrier for Hormel.  Later moving back to Lanesboro, where he worked as a mechanic for over 30 years at Peterson Motors.  He had also worked at Valley Design in Fountain, and helped on the family farm with milking cows and doing field work.  He had then worked at Winn Co-op in Decorah until 2015.  In 2011 he moved to Mabel and on October 20, 2016, he married Mary E. Skadson on the family farm.

Gary was a member of the Sons of the American Legion in Lanesboro.  He enjoyed old cars, farming, hunting, dancing, bowling, shooting pool, playing baseball in his younger years, and watching sports.

Gary was preceded in death by his parents, aunts, uncles, a great-niece, and sister-in-law.

The family would like to give a special “thank you” to the Mayo medical staff.

A walk-through visitation will be 3-5 p.m., Saturday, April 24 at the Mengis Funeral Home in Mabel, followed by lunch and more visiting at the American Legion in Mabel.