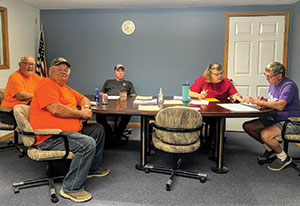 The council unanimously approved Resolution No. 360 allowing the City of Fountain to enter into a limited use agreement with the State of Minnesota, Department of Transportation (MnDOT). As stated in the resolution, the purpose is to provide for the maintenance and use upon, along, and adjacent to Trunk Highway No. 2.

The council approved Resolution No. 361 vacating 15 feet of city property to Ryan Aasum, 105 Third Street, Fountain. It was noted in the resolution that the city held a public hearing on June 30, 2021, and that vacating the property will benefit both the city and property owner.

After discussing the $60 increase in Frontier’s monthly fees, the council approved to switch to Mediacom. In addition to lower monthly payments, the city will be able to use the tablets and install the cameras.

The council tabled a decision regarding the Preston Emergency Services (PMS) increase. It was mentioned that PMS plans on hiring another full-time employee and had already talked to Preston about the increase. Preston okayed the increase. Tjepkes added, “PMS is confident they can fund the position through the 2021 budget but they do not know how much the increase will be.” One council member stated, “We have no options.”

Council members tabled the discussion regarding the 4% in the League of Minnesota Cities membership at next month’s budget meeting.

The city received an email from Relay for Life organizers Denise Pagel and Eric and Sandy Luoma. The organizers asked the city to host Relay for Life in 2022 and 2023. Tjepkes explained that the host city must hold the event two years in a row, provide a meeting venue gratuitous and assist soliciting sponsors. In addition, Hanson explained, “The city will have to block off streets.” The council unanimously approved hosting the 2022 and 2023 Relay for Life.

Fountain resident, Eric Luoma, owns a ½ acre lot, 522 First Street, and is deciding whether to develop it or sell it leading to the question of whether to fill, collapse, and cap off the existing septic tank that sits in the middle of the property and a clean-out easement. Luoma explained that if a new house goes up, it will not be in the same footprint as the former house or remove the tank. Luoma explained that he is “Just looking at my options.”

Hanson explained that the city was asked to paint the curb yellow at the intersection of 109 Main Street, so vehicles are not hit when they leave the property. The council suggested touching up the faded no-parking ones at the same time. Motion approved.

Hanson explained that Josh Unnasch plans to install a culvert at 101 2nd Street, and he would like the city to clean out the existing culvert. Hanson mentioned that Unnasch would do all the dirt work. The city moved to fix the culvert situation.

Councilman Gudmundson asked if Beaver Bottoms Saloon obtained a permit from the city to block the street over the Fourth of July weekend. Both Mayor Schott and Tjepkes confirmed that the city did not issue the Saloon a permit and are scheduled to meet with the Saloon Thursday, July 8.