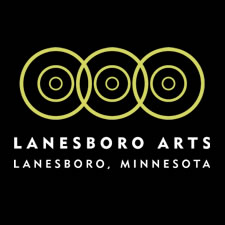 Former Executive Director of the Lanesboro Arts Center, John Davis, was present at the June 7 Lanesboro City Council meeting to formally say goodbye to the council and give an update on what he’s been doing for the last few years since retiring as the arts center director. Davis, who is moving away from Lanesboro after living there for the last 21 years, was awarded a fellowship with the Bush Foundation that allowed him to travel the world in the time before the pandemic and give presentations that featured the Lanesboro Arts Campus. Davis is currently working with the National Endowment for the Arts and the Rural Policy Research Institute out of Iowa. “Even though I’m moving, I’m still going to be representing Lanesboro,” he said. He thanked the council for their support of the Lanesboro Arts, noting that it has made an impact not just in the City of Lanesboro, but around the world.

Mayor Jason Resseman thanked Davis for everything he’s done for Lanesboro. “We wish you the best in your move,” he said, adding that he hopes Davis will come back to Lanesboro for visits.

City Engineer Brian Malm updated the council on the wastewater treatment facility project. There is still approximately $6.7 million worth of work left to do, but the project is on schedule and is moving along well. He recommended that the council approve pay request #6 which they did.

A change order for a cost decrease of over $1,000 for the Lanesboro dam project was approved.

Cathy Enerson informed the council that the Lanesboro EDA has an opportunity available for the City of Lanesboro to partner with its energy provider, MiEnergy. The city is able to take out a loan from MiEnergy, which would then be distributed to the EDA for revolving loans. Currently, the EDA has revolving loan applications from two individuals who are each looking to purchase, renovate and reopen a Lanesboro business. One of the requests is for the Red Hotel and the other is for Riverside on the Root. Council member Mitchell Walbridge asked Enerson if other cities that she has worked with had ever taken out similar loans, noting that the city would be dependent on the individuals receiving the revolving loans to keep them in good standing in order to pay back the MiEnergy loan. Enerson said that she has worked with similar situations and they have always gone well as the loan requirements for revolving loans are very strict. Council and EDA board member Joe Goetzke weighed in as well. “I think this represents an incredible opportunity for the city and for the EDA,” he said. “It’s exactly what the EDA exists to do.” The council approved the MiEnergy loan for up to the amount of $250,000.

The council also reviewed the revolving loan applications. Generally, the EDA does not have the council approve them as well, but as the city will be invested due to the MiEnergy loan, they thought it would be best to do so this time. A motion allowing the EDA to move forward with the two loans was approved.

Whalan has notified the City of Lanesboro that they would like to make some changes to the lodging tax agreement. Walbridge volunteered to be part of the committee to discuss potential amendments with the City of Whalan.

City employees Darla Taylor, Michele Peterson, and David Haugen are all up for their annual staff reviews. Council members Chase Bakke and Joe Goetzke volunteered to sit in on all three of the reviews. Peterson also asked the council members to begin working with the various city departments on the 2022 city budget.

The Park Board asked the council to review the ball field parking situation. Resseman said that some years ago, there was a six month long discussion in the council about how to deal with parking for outfitters in Lanesboro. The solution they came up with was to have permitted parking at the ball field. The Park Board requested clarification on the number of annual permits issued and spaces available. There is some concern that parking could be impeded during events at the ball field. At this time, the board is amenable to continuing with the permits throughout the summer, but would like to open discussion about it for the future. The matter was tabled.

Resolution 2020-14 regarding an annexation agreement between the Township of Holt and city of Lanesboro was approved.

The council approved the city’s new peddler license application forms. After peddlers apply, there will be a waiting period before the license will be approved to allow time to thoroughly vet each one.

A liquor license application for Tyler Shipton was approved pending final purchase of the building.

The next Lanesboro City Council meeting will be held on Tuesday, July 6 at 6 p.m.