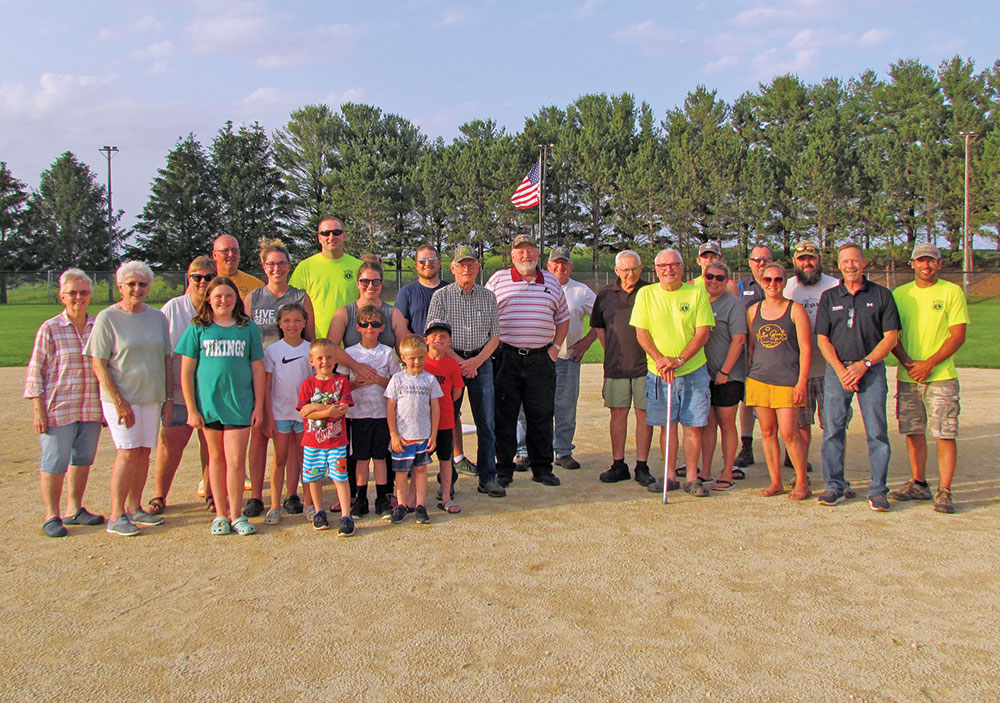 Council members unanimously approved the meeting minutes from the May 10 meeting as presented, the financial report, and the May bills. According to the mayor, the list of delinquencies is the shortest list that the city has had in a while.

The first meeting of the community center improvement committee was held a couple of weeks ago, which the mayor explained was an opportunity for committee members to look around and brainstorm. “(We) discussed some ideas and chit chatted about things. Everybody walked around, looked it over, and got an idea of what we have and what we can possibly do. Everyone is supposed to be brainstorming and putting some ideas together. Prioritize the top things we need to do, like the restrooms – number one, and storage – two, and go from there.” The next meeting is scheduled for Thursday, July 14.

The city received an estimate from Strub to repair the tennis court. The fence around the tennis court will need to be completely removed to do it right. Estimated costs to repair the court came in at $17,500 for a 2” lift, $20,000 for 2.5” lift, or $5,000 to clean and fill cracks and sealcoat it. Strub did not think the court was in too bad of shape. It’s possible to have Four Season look at it and mill the cracks, fill, and put a seal over the top. The Lions Club is willing to stripe it. A decision on improvements to the tennis court was tabled until later this year.

The mayor stated, “The fire department, sheriff’s department, ambulance department, Posse, and Lions Club met to ensure that everyone is on the same page for Family Fun Fest.”

Ag Vantage delivered a new 1000-gallon LP tank. Schuldt informed the council that the cost is $12.84 per month and no payment is due.” The city has not received the contract.

The council reviewed the contract from Richard’s Sanitation. Trash and recycling totes will be delivered in July and pickup will begin in August. The fees are $8.71/monthly for trash pickup and $6.25/monthly for recycling. The fuel surcharge is dependent on the price of fuel. Schuldt explained, “Every city has to provide the service. Every residence has to pay the fees whether they use it or not. Commercial is different.”

A section of blacktop near St. Luke’s was damaged from unloading and loading the grinder. The section will be patched and seal coated later this summer.

The dedication of the ball field took place at 7 p.m., immediately following the council meeting. The work at the ball field is complete except for the scoreboard, which hopefully will be delivered the week of July 4. Games are scheduled to start on June 20. The two area 4-H clubs have been asked to run the concession stand.

The meeting to discuss Renee and Rob Stokman’s request for a variance is scheduled on Monday, June 20 at 6 p.m. Note that the meeting will be held at the community center instead of city hall. The council approved charging applicants $50 for a Conditional Use Permit (CUP), the costs to publish the notice, and attorney fees. The mayor remarked, “This is the first time the city has received an application for a CUP.”