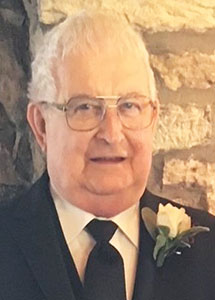 He was born November 27, 1936, in rural Fountain to Edwin and Alice (Finnerud) Meyer. Don graduated from Preston High School in 1954.  He served in the U.S. Air Force from 1954 to 1958.  He later joined the Army Reserve, serving from 1980 to 1996. Most of his working life he was in the car and truck business.  The last eight years before Don retired, he worked for the Department of Defense. Don married Carolyn Kujath in 1959.  They had three children, Kevin, Elizabeth and Melissa.  Carolyn passed away from breast cancer.  He married Myrdene Ost in 2002.  She had lost her husband to lung cancer. He enjoyed winters in Texas, motorcycle riding and working with old Honda bikes, stamp collecting, wooden nickels and other nonprofitable past times. He also enjoyed hunting, fishing and camping in the younger years.

Visitation will be at Redeemer Lutheran Church on Saturday, April 24, 2021, from 12-1 p.m.  Memorial service will be held April 24, 2021, at 1 p.m. at Redeemer Lutheran Church, with The Reverend Kirk Griebel officiating.  Interment will be in the Fairview Cemetery in Hayfield with military honors provided by the Steele County Military Funeral Unit.