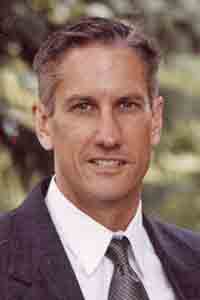 David Alan Berg, age 59, of Stillwater, Minn., was called home and received into heaven on December 6, 2021.  David was born December 11, 1961, to Elmer and JoAnn (Ferris) Berg of Fergus Falls.  He was the second born of three children.  Sisters include Vicki Berg Russell of St. Louis, Mo., and Patti Beaudoin of Inver Grove Heights, Minn.

David attended grade school and high school in Fergus Falls.  In his earlier years, he was a Boy Scout, played drums, piano, and hockey.  He lettered in swimming and cross-country and later received his ham radio operating license.  David graduated with honors from Fergus Falls High School in 1980. After being selected as an American Scandinavian exchange student, he spent his senior year studying in Orebro, Sweden, and became fluent in Swedish. Upon graduation, David pursued his interest in Sociology at Concordia College in Moorhead and the University of Minnesota.

David married the love of his life, Judy Folstad of Mabel, Minn., on April 10, 1990, in St. Thomas Virgin Islands at Blue Beard’s Castle.  They honeymooned throughout the Caribbean while on a cruise.  David and Judy reaffirmed their vows at the Hesper Lutheran Church in Hesper, Iowa, on June 2, 1990, with numerous family and friends in attendance.

David started his career as a dishwasher in Alaska.  He quickly transitioned to the banking industry with Wells Fargo working in multiple roles in Information Technology/Engineering.  After 34 years of service, David retired in July.  He had a reputation for technical expertise and was financially savvy. His entrepreneurial spirit helped him to launch two businesses with his best friend, Nick Lidiaev. Together they founded Rusky Host and Data Services Network, LLC resulting in travels to Russia and the Ukraine.

David enjoyed traveling with family and friends to tropical destinations including the Cayman Islands, Maui, Jamaica, the BVI, numerous Mexican cities and the family cabin.  His love of the water resulted in a purchase of a pontoon boat with Judy. They enjoyed cruising on the St. Croix River with numerous coworkers, friends and family. He was an avid gardener and was the envy of the neighborhood with his well-groomed yard.  He also enjoyed cooking (making the best chili and spaghetti in the county), grilling, bowling, making beer, playing poker, virtual golf, watching classic movies, listening to retro music, participating in neighborhood events and in sitting around a campfire.

David was an avid runner and ran in the Twin Cities 5K.  He was a member of the Hesper Lutheran Church and volunteered for the Habitat for Humanity.  As huge supporters of the Animal Humane Society, David and Judy rescued shelter dogs during their marriage which they welcomed into their home.  David would frequently be spotted walking his dog and greeting everyone with a friendly hello.  In his care, he exemplified his love of dogs with the care and support given to Madison, Brady, Sophie, Phoebe, Frasier and now Sadie.  David was a kind, generous man who was a great friend and a gift to all of us.  He was a man who always kept his word and will be truly missed.

David was preceded in death by his father Elmer J. Berg.