“LOVEUARY” is what the Hallmark Channel has named the entire month of February.  Does that make you deliriously happy or incredibly sad?  I guess it depends if you are in a romantic relationship or not.  A bakery in  Los Angeles bakes 1/2 heart cookies for the broken hearted, and they are big sellers!  Of course any business that depends on romance to sell their products will be very, very happy.  Roses, chocolates, Valentine cards and almost anything that is red or pink including fancy underwear will sell during this time.  Expectations run high so some disappointment is sure to follow.   If you have a lover and expect to get roses be sure to have them delivered to your place of work.  Others will pretend to be happy for you.  Secretly they may be very jealous.  Every time there is a winner; there seems to be a loser.  I learned this lesson in first grade when our newly hired teacher decided our class should have a Valentine’s party.  Every student must give every other student a Valentine.  There would also be a Valentine king and queen. She created a beautiful ballot box swaddled in pink paper with red heart stickers.  She kept repeating what fun we would all have.  Boy, did she have a lot to learn.  Thinking back, I imagine she must have been head cheerleader and prom princess in her day!  The king was chosen the day before the party.  He was Carsten Slostad, the most popular boy in the class.  Then we all voted for the queen who would be crowned at the party.  Most of the girls voted for themselves. I did not win. I have blocked the name of the girl who became the queen.  I did not have fun at the party.  We all got the same number of Valentines, but some got candy hearts and suckers in their cards.  I only got cards with no candy.  I really did not have fun at the party.  An estimated 145 million cards are sold a year.  It is literally a billion dollar business.  Roses and chocolates will cost you more.  Chocolate sales in the U.S. total $21 billion a year.  Even President Lincoln had a sweet tooth.  The menu at Lincoln’s second inaugural ball featured a solid chocolate pyramid, chocolate ice cream and a chocolate drink.  I would have donated much money to be invited to that ball! 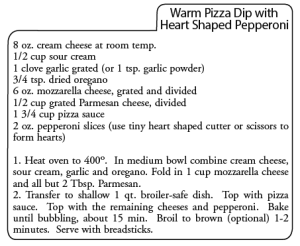 In order to love others it is important to love yourself, just as it is necessary to respect yourself in order to respect others.  At least that is what counselors say.

When I was a counselor in the Winona Schools, one of the teachers lost her husband.  They had been married for over 30 years.  Selma was a great teacher and kept herself up well.  She never wallowed in self pity.  Two years after her husband died, she got roses delivered to the school.  The secretary could read the card after it accidentally ripped.  It was signed by a secret admirer.  Schools are hotbeds of gossip.  The old girl still had it!  Five years later at her retirement party, Selma confessed that she sent herself the roses. When times are tough, be your own secret admirer!