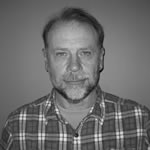 What is the right thing to do? That question should guide our political discussion not what a party’s position is. Truth should be the basis of debate and discussion rather than party talking points.

We can’t have a good faith debate or discussion if one person’s position is not consistent with the facts, reason or is advocating unethical behavior. Not all opinions are equally valid, some are provably false or harmful. The end does not justify the means. The end is inherent in the means.

Will we have the courage of Marcus Aurelius who said, “If anyone can show me, and prove to me that I am wrong in thought or deed, I will gladly change. I seek the truth, which never yet hurt anybody. It is only persistence in self-delusion and ignorance which does harm.”

Get over the tired myth that the Founders intended a Christian nation. Freedom of religion is antithetical to a country embracing a particular religion. Many of the Founders were Deists. Deists thought it was possible there might be a god because Natural Selection had not yet explained the development of life on earth and they had no other explanation. Deists were not Christian. A few quotes to clarify their positions.

Thomas Jefferson, “In every country and every age, the priest has been hostile to liberty.” “Christianity neither is, nor ever was a part of common law. Erecting a wall of separation between church and state is absolutely essential in a free society.”

John Adams, “The government of the United States is not in any sense founded on the Christian Religion.”

Thomas Paine, “All national institutions of churches, whether Jewish, Christian, or Turkish, appear to me no other than human inventions set up to terrify and enslave mankind, and monopolize power and profit.”

James Madison, “Religion and government will both exist in greater purity the less they are mixed together.”

The attributes of citizenship are; courage to stand up to bullies rather than following the leader, compassion to care for others rather than use influence for self gain, and integrity to advocate for the idea that all people are equal. Feeling separate from or superior to others is not good citizenship.

In Nancy Koehn’s book Foraged in Crisis, she defines leadership, “Someone who can help us overcome our own individual limitations of laziness and selfishness and weakness and fear to get us to do better harder things than we can do on our own.” We obviously lack this kind of leadership at present. It is up to “we the people” to create change through a united nonviolent movement. It is time to practice the attributes of citizenship and fight for a just and sustainable future. If not you, then who?