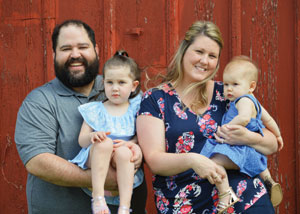 Gabriella “Gabby” Lou Brown was celebrating her first birthday and baptism on Sunday, October 7. It was a great day surrounded by her family and friends. Her mom and dad, Heidi and Matt Brown, had noticed a slight fever during the weekend, but hadn’t been alarmed since they thought it was probably caused by her one-year molars.

Gabby woke up on Monday and she was the worst she had been all weekend. Her parents were concerned and took her to the doctor in Preston. During the examination, Dr. Jakim noticed that Gabby’s color was not good and she also had some unusual bruising, which Heidi and Matt had noticed as well.

That’s when Dr. Jakim had the lab check Gabby’s blood. The results of the lab were not normal and they repeated it to be sure of the results. They came back the same. Dr. Jakim immediately sent the Browns to St. Marys to get more intense lab work done. The blood draw on her was very difficult. Over the next couple days, the “best of the best” at Mayo were able to get barely enough blood for the lab work.

When the blood work came back, that’s when their whole world was turned upside down. The doctors mentioned the word leukemia. That was the last thing that Heidi and Matt expected to hear. Gabby had been a perfectly healthy baby. How could this be happening? They were immediately admitted to St. Marys to get more answers and confirm the diagnosis of leukemia.

Matt and Heidi are the owners of Estelle’s Eatery & Bar in Harmony. As they were waiting for more tests at St. Marys, they were also juggling work, caring for Stella (their other daughter) and other family health issues. Heidi’s grandma had been on hospice the last few months and passed away a couple weeks after Gabby was hospitalized. According to Heidi, Grandma Harstad is now watching over Gabby and helping her with this battle.

Back at the hospital, the doctors said that a bone marrow biopsy was needed to confirm if it was leukemia. It was a quick procedure that Gabby had to go under anesthesia for. “She woke up just like she was waking up from a nap,” Heidi said. “It was no big deal, but now we had to wait for the results. It went on for a couple of days.”

They finally received the word that Gabby has Acute Myeloid Leukemia. A treatment plan was put into action. Gabby will be in the hospital for intensive treatments the next six to eight months. This is due to the intensity of her chemotherapy. The good news is she will be able receive her treatments in her hospital room through an IV.

“Gabby has been absolutely amazing through all of this. She is still a happy little girl who plays and laughs just like she always has,” Heidi said. “All the doctors and nurses keep saying she is the best baby! We believe she will win this battle.”

Gabby’s treatments are going well. Some of the medications are quick (five-minute push) others take six hours. Every day the treatments are a little different. The first round of treatments will last 11 days with 20 days off. They did mention that since she is so young, sometimes the side effects of the chemo are lessened.

Luckily there haven’t been many side effects yet. She received four rounds of platelets and four blood transfusions thus far. She will continue to receive these as needed throughout her treatments. Her immune system is beginning to weaken and she is confined to her room. “The good news is that, as of right now, there is no cancer cells in her spinal fluid,” Heidi said. “We also found out Gabby will be getting another sister in March!”

Heidi said that Matt reminded her that God does not give you more than you can handle. “He has certainly given us a lot! We are thankful for the overwhelming support we have through this journey. We may not respond to all the texts, messages, phone calls, but please know we are reading every single one of them. We need all the strength and support we can get, so please keep them coming! We appreciate it more than words can say.”

Thus far, there has been a prayer vigil at the Chatfield Lutheran Church with Pastor Mark, a Halloween Fun Run/Walk fundraiser sponsored by the Caleb Eide Foundation in Chatfield, and a pancake breakfast at the Fillmore Central Elementary School put on by the staff.

If you would like to support the Brown family, Big Girl Stickers & Stems has shirts for sale. To place an order, visit www.biggirlstickers.com/product/gabbys-got-this/.  A GoFundMe  page (gf.me/u/mvs3ry) was also set-up to raise funds. 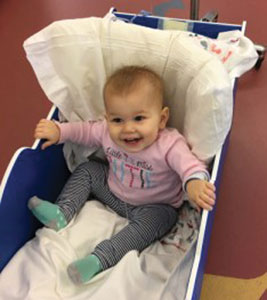 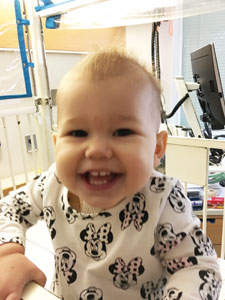 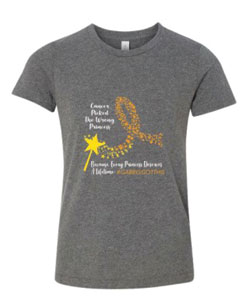