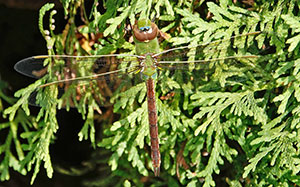 Watching Ben Cartwright made me feel for Lorne.

The TV looked down haughtily at me from its lofty perch as I sat in a waiting room, lingering in an uncomfortable chair. Service was running behind. Staff issues.

It was a new TV presenting an old TV show. Do TV shows ever become antiques?

“We get 793 channels and there’s not one thing worth watching,” grumbled a man working behind a counter.

Bonanza was on the screen. The old western featured the Cartwright family, with Ben (played by Lorne Greene) and his sons — Adam, Hoss (Eric) and Little Joe — being the main protagonists on a ranch called the Ponderosa.

The volume was muted and there was no closed captioning engaged. I supplied the dialogue as I imagined it would be. They were drawing a map on the show. It was probably the directions to a Ponderosa Steakhouse or a Bonanza Steakhouse. I can’t remember the last time anyone drew me a map.

When I was a young buckaroo, cowboy shows and western movies taught me that good guys wore white or light-colored hats. Marshal Matt Dillon on “Gunsmoke” sported a tan hat. Adam Cartwright’s hat was very dark. I never trusted him.

To TV or not to TV, that was the question when I was a boy not named Sue. I wished we had a TV. If wishes were horses, beggars would ride. Dad preferred watching the watchdog. I assured him a TV was intended to make the mundane sublime and we got a TV. It could have been hiding under a rock.

The best thing on that contraption might have been the orange cat. The TV was wide enough to sleep a cat comfortably. When awake, the cat moved from one window to another. That’s how the feline changed channels.

The rabbit ears couldn’t attract more than three channels. The TV crackled and sputtered like a mistreated vinyl record. There was more snow on the TV screen than predicted. Adjustment knobs on the back of the set gave viewers something to do when they weren’t watching TV. The vertical hold and the horizontal hold always needed correcting. Old TV sets weren’t well-adjusted. Getting a good picture was tougher than a boiled owl, but once the TV, like the proverbial camel, had its nose in our tent, there was a peaceful transfer of power. A subscription to The TV Guide became necessary. TV dinners were served on TV trays. It wasn’t hoity-toity. It wasn’t even hoity, but it might have been slightly toity.

My parents embraced The Lawrence Welk Show, Gunsmoke and The Andy Griffith Show. A few years down the TV road, Mom watched Little House on the Prairie and Wheel of Fortune repeatedly. Dad favored Hee Haw.

I could watch one baseball game a week, sponsored by Falstaff Brewing, where Dizzy Dean and Pee Wee Reese (who replaced Buddy Blattner) teamed up to broadcast the Major League Baseball Game of the Week on CBS, but only if chores stayed out of the way.

It wasn’t long before constant commercials taught us to say things like, “I wish I were an Oscar Mayer wiener, they’re magically delicious and mm-mm, good. A little dab’ll do ya, but nothing says lovin’ like something from the oven and Winston tastes good like a cigarette should. Away go troubles down the drain. Snap! Crackle! Pop!” That gave us something to say when we weren’t singing the theme song from The Beverly Hillbillies or The Flintstones. Yabba dabba doo!

One year, we had one TV set nestled on top of another. We called them TV sets in those days for no apparent reason. That combination looked like a discount robot on a local TV show for kids. One set had no audio and the other had no video. Dad was fixing to repair them, but their ailments were more than Giffy Olson’s tube tester could diagnose. There were no remotes and the channel selector knobs on both sets had broken. Needle-nose pliers were needed to change their channels. Lacking channel numbers on a dial, it was challenging to match the audio from one set to the video of the other.

It inspired me to find something better to do.