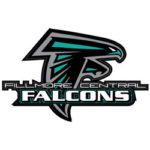 Chrissy Holets, parent of two Fillmore Central students, addressed the school board at their November 23 meeting. “I’m here on behalf of my kids,” she said. She explained that her third grade daughter repeatedly came home from school talking about putting her feelings in a bucket and then putting a lid on it. During conferences, Holets asked her daughter’s teacher about the … END_OF_DOCUMENT_TOKEN_TO_BE_REPLACED 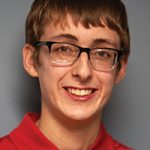 By Nicholas Weist You know failure is an interesting thing that we all seem to be good at from time to time. Many famous people have had many failures, but they did not let those failures stop them from success. Take Thomas Edison for example. He created the incandescent light bulb, but it took him over 1,000 tries to get it right and that light bulb is still used today. … END_OF_DOCUMENT_TOKEN_TO_BE_REPLACED

According to Principal Jim Peters, Fillmore Central Elementary School has four new teachers this school year.  Some are new to the district, while others have worked in other roles at Fillmore Central prior to this year.  Recently, the four gave some information about the path that led them to their current position. Sara Greenwood described the start of her teaching … END_OF_DOCUMENT_TOKEN_TO_BE_REPLACED

The Fillmore Central School Board discussed the option of a fee reduction for school staff who have children in preschool, SAC, or daycare as an incentive for employment. Superintendent Heath Olstad suggested offering a 20% reduction in fees to any K-12 staff and a 40% reduction for employees of the forementioned programs. The numbers had been run and it was determined that the … END_OF_DOCUMENT_TOKEN_TO_BE_REPLACED

The number one rated Haunted House in the State of Minnesota opened again on Thursday, October 14.  Monster Bash is back after a year away and ready to scare like never before.  Our last three haunts have been rated the Top Overall Halloween attraction by MinnesotaHaunted-houses.com, and this year is better than ever.  We will transport our guests to an old west ghost town, … END_OF_DOCUMENT_TOKEN_TO_BE_REPLACED

By Kristina Biel The Tales of Miraculous Ladybug and Chat Noir is a show every early 2000’s kid wished they grew up with, but now they watch it going into their early adult life. A quick summary of it would be, two teenage kids are granted powers to protect the city of Paris. Chat Noir who is Adrien Agreste, and Ladybug who is Marinette Dupain-Cheng. They have to save Paris … END_OF_DOCUMENT_TOKEN_TO_BE_REPLACED 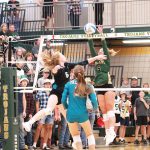 In a key TRC game, Rushford-Peterson volleyball (4-1, 12-5) hosted Fillmore Central (6-0, 10-7).  Per homecomings, the game was played a 1 p.m. in front of most of the Trojans student body and a bunch of FC’s.  It turned into a tense five-set affair.  The story of games one and two was R-P’s serving and/or FC’s serve receive.  The Trojans had six game one aces, as the Falcons … END_OF_DOCUMENT_TOKEN_TO_BE_REPLACED