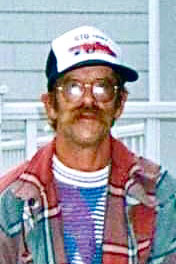 Mr. Hegg was born December 17, 1948, in Lanesboro, Minn., to Edwin R. and Helen A. Hegg. Bebop moved with his parents to California in the early 1960s where he attended grade school, later graduating from Hawthorne High School where he excelled in sports such as football. He was also an avid surfer and was well known in the surfing community in Southern California. Bebop later went on and earned a bachelor’s degree from the University of Oregon.

Although Bebop could be ornery, he truly was a kind man who loved Lanesboro and its residents. He was extremely proud of his family and where he grew up. Bebop will be remembered to those who knew him as a free spirit, an all-around athlete, town historian and a Lanesboro legend.

He was preceded in death by his parents, brothers Daniel D. and Carl L. Hegg, sister Joanne M. Stensgard, and his nephew, John Paul Hegg.

His ashes will be buried in his beloved Lanesboro some time in 2022.