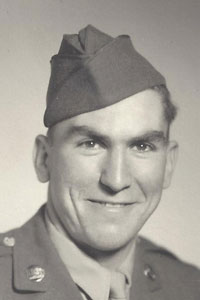 He attended country school in Douglas, Minn., and spent his young years working on the family farm and working for area farmers, playing with his dog Rin, and riding his pony, “Billie.”

In January 1945 he was called into the Army and served in Germany. His service ended in October 1946.

Ole and his wife ran the “Hill Top Tavern” from 1950 until 1961 and were also involved with “Gold Rush” in Oronoco and later “Rochester Gold Rush.” Following Joyce’s death, Ole ran the business alone until 2003 when he retired.

He had a permanent trailer on Big Sandy Lake where he spent his summers fishing, which was his greatest passion. Ole loved the Minnesota Twins and Minnesota Vikings and could often be heard telling the refs how they were messing up the calls.

Ole was preceded in death by his parents, his wife Joyce, daughter Babe, four brothers and four sisters.

The family would like to thank the Mayo Clinic Hospice team and the many Mayo providers and nurses who cared for Ole during his final days.

Visitation will be Friday, July 19, from 5-7 p.m. at Riley Funeral Home in Chatfield. A private family funeral will be held on Saturday, July 20.

To share a condolence with the family, please visit rileyfuneralhomes.com.