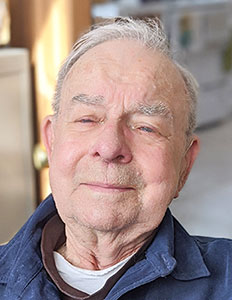 The 2020 National Defense Authorization Act (NDAA) passed in December by a vote of 477 to 36 allows deployment of the “low yield” W 76-2 (5-7 kilotons) tactical nuclear warhead. They will be added to the Trident II D5 ballistic missiles carried by the Kitsap-Bangor Trident submarines on Hood Canal in Puget Sound about 20 miles northwest of Seattle and the Kings Bay, Ga., base on the east coast. The missiles presently carry some combination of large strategic warheads – the W76-1 (100 kilotons) and the W88 (455 kilotons). These Trident missiles are considered the chief U.S. deterrent against a surprise nuclear attack. The Navy claims Trident’s sole mission is “strategic deterrence.” Now the Trident will deploy some combination of all three sizes (5, 100, 455 kilotons) tactical and strategic weapons. Many nuclear experts, including high rank military officers, are alarmed that the addition of low-yield warheads will greatly increase the chances of a tense situation between the Russia and the U.S. evolving into a more dangerous conflict. Leonard Eiger, chair of the Communication and Outreach Committee of the Ground Zero Center for Nonviolent Action which has a center located near the Kitsap-Bangor base, has argued that if the U.S. were to launch a missile with a low-yield warhead at Russia, Russia would not be able distinguish it from one carrying a high-yield warhead and would likely launch a retaliatory attack with high-yield warheads leading to an unintended large-scale nuclear war. Nuclear weapons expert Jeffery Lewis of the Middlebury Institute of International Studies has said “All the Russians are going to see is that a missile that only carries nuclear warheads is heading toward Russia… Russian policy, as (President) Vladimir Putin has said many times, is not to wait for it to land. Within less than an hour the full-scale nuclear war would be over.” As a number of experts, including retried military officers said in their 2018 letter urging Congress to reject the “low-yield” Trident warhead, nuclear war cannot be controlled. Perhaps the biggest fallacy in the whole argument (for the “low-yield” warhead) is the mistaken and dangerous belief that “small” nuclear war would remain small. There is little basis for the dubious theory that an exchange of “low-yield” nuclear weapons between the U.S. and Russia would not escalate to “high-yield” weapons. Pope Francis has also spoken out against the nuclear weapons. In his addresses, speeches and homilies during his trip to Japan in 2019 he stressed that protecting all life and providing peace and security for ALL, will be realized only through true global solidarity, honest collaboration and sustained effort from ALL. Speaking at the Peace Memorial in Hiroshima, he said, “I wish once more to declare that the use of atomic energy for the purposes of war is today, more than ever, a crime not only against the dignity of human beings but against any possible future for our common home. We have to acknowledge the resources spent and the illnesses and death directly caused by the nuclear weapons industrial complex.” Pope Francis has committed the Catholic Church to continue “working to support the principal international legal instruments of nuclear disarmament and non-proliferation, including the Treaty on the Prohibition of Nuclear weapons.” The Vatican was one of the first nation states to ratify the United Nations Treaty in 2017. Currently there are 80 signatures and 34 nations have already ratified it. With 16 more signatures any activity involving nuclear weapons will be illegal. We all need to help bring hope to the world by working to create in all countries the resources that allow all humans in all countries to live in dignity. Last October on the eve of the trial of the Kings Bay Plowshares 7, friends and supporters traveled from across to join in a festival of hope for a nuclear-free future. Fr. Steve Kelly, one of the seven convicted for entering Kings Bay Submarine Base to oppose nuclear weapons and who has now been in federal prison more than 10 years, wrote from prison to remind us all “hope is sustained every time we act together for a nuclear-free future.”