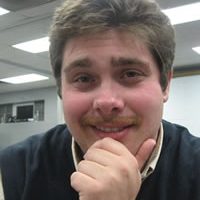 You would not believe how worried people get when I say “Tax the Rich.” Whether it is on a sign, in a conversation, or on social media, those three little words really seem to set people off. I can only assume the idea cuts pretty deep for some folks, who might fear that THEY are the rich I want to tax, and that saying such a simple slogan might be too simple as to be misinterpreted against, say, small business owners.

Folks, I’ll say it right now: if you have to ask whether or not you’re a rich person, you aren’t. The rich know they are rich, and they are rich enough to pay other people to tell you that you might be rich enough to be in trouble… which of course, you aren’t. When we say we want to Tax the Rich, we don’t mean the guy busting his back running a local diner. We mean the guy who owns half the town. We mean the lady with a yacht so big she can park another yacht inside it. We mean people who complain about having to pay taxes but seem to think throwing around 43 billion dollars to attempt to buy all of Twitter is perfectly normal. These folks are so far beyond what a regular person lives and experiences that they are almost a different species, and I have the numbers to prove it.

Let’s take a look at, say, Minnesota Senate District 28, for no particular reason. Winona County, Houston County, Fillmore County. From what I could gather at the US Bureau of Economic Analysis, per capita income for those three counties (which is a fancy pants way of saying “average money we made in 2020”) came in just around $45-$50,000 for 2020. Of course, that means some made much more, some made much less, but I think it’s safe to say that Bluff Country isn’t swimming in billionaires.

According to Kiplinger, Forbes, and USNews the 10 richest counties in the US do not include a single county in Minnesota. According to Forbes, a Minnesota county doesn’t even make the top 20. Let’s run that BEA analysis for some of those rich counties. Virginia, for example, has six counties with over double our numbers, $100,000 or more on average per resident. California has four. New York has three. Minnesota has two, and they ain’t down here. When we say we want to tax the rich, it is 99% likely we’re not talking about you, your neighbors, or your friends. The rich, the truly wealthy in this country have an amount of money that is so vast and so disgusting that anyone who’s actually down here living like a normal person cannot even imagine what it must be like… and that is why we must tax them.

Because, remember, this is your money already. You worked for it, you earned it, but you never got it. Profits go up for 40 years but wages don’t keep pace, meanwhile the rich are richer than ever. How do you think they got so rich? By not paying you what you are worth.

Tax the Rich in order to Get Your Money Back.

You are owed 40 years of back pay. Demand it.