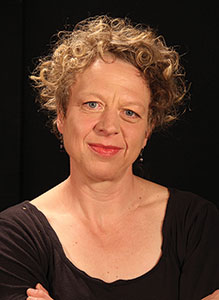 Things are happening in Wykoff.  Whether the City of Wykoff as represented by the City Council wants to participate in this transformational change or not became clear last night at the July Council meeting: it doesn’t.

The Wykoff City Council rejected an invitation from Wykoff Commons LLC, a group repurposing the old Wykoff school, to pursue an agreement that would include moving the City office spaces into the school.  City offices would have provided an anchor tenant, with reception and security for the building, that would have facilitated the many community activities envisioned for the school space, not to mention many amenities for the City itself.  The City rejected the proposal without dialogue with the LLC on the grounds that the expense was not justifiable (though the offer included 10- year occupancy without rent). The result is division between those freely investing their time and money to improve the lot of their town and the City government charged with maintaining (as well as improving) that lot.

With the rural U.S. in economic crisis and the country weakened by a pandemic, one has to ask how divisiveness serves the welfare of any community?

In the case of Wykoff, one is moved to ask what vision for Wykoff’s future the City Council does have? Does it include the 60,000-square-foot school building embodying decades of collective memory, and offering a wide variety of spaces for both creative and practical use? Judging by the fact that the City also rejected Kingsland School’s offer in 2017 to gift the City the building, one must conclude that the City would like the building to disappear. But buildings do not disappear. They deteriorate and become liabilities over time. Is this what the City wants?

What does the “City of Wykoff” want?

“I’d like to see a few more tenants in that building first,” said one Council member. Such comments remind one of guests who are all too eager to eat the meal, but are out on the lawn during preparation. Where will they be when it’s time for dessert?

The City Council members justified their rejection in a number of ways, most concurring with the concerns of one Wykoff resident that were listed by a Council member.  These included repeated fears that the City would “end up” footing the bill if Wykoff Commons would not prove successful; suspicion about the intentions of LLC members who are not residents of Wykoff (but in fact are mostly people who attended the school in its heyday); worry that the City could look bad if it were part of a building that offers some storage space rental; and overriding concerns that since there is “nothing else” going on in the building yet, the City would be pulling most of the weight. All such claims amount to hearsay, and could have been dispelled through an actual dialogue between parties.  But the Council, it appears, had made up its collective mind long ago. The exercise to survey the residents of the City amounted to an exercise in “doing the right thing.” Much effort could have been spared through a simple conversation.

Wykoff Commons, LLC, will move beyond a relationship with the “City of Wykoff” because it has to. The future of at least part of Wykoff depends on it. The Council decision not to move offices into the Commons space suggests not only a perhaps healthy fiscal conservatism but also a far less healthy defeatism, the kind that leads to the quiet, certain demise of a town. Those involved in Wykoff Commons know that defeatism is the opposite of revitalization.

If there is anything the Wykoff Commons, LLC has learned in two years of developing a phased plan for the building, it is that there are NO magic solutions.  No single entity is going take over the building and make it shine with profitability. For anything to come of some magnificent space, those with interest in creating a Wykoff community facility, a “commons” with daycare, senior activities, fitness, sports, performance, historical displays, library, office spaces, and even a local foods cafe, will continue to pick away at their dream for their City, with or without the support of the City’s keepers.