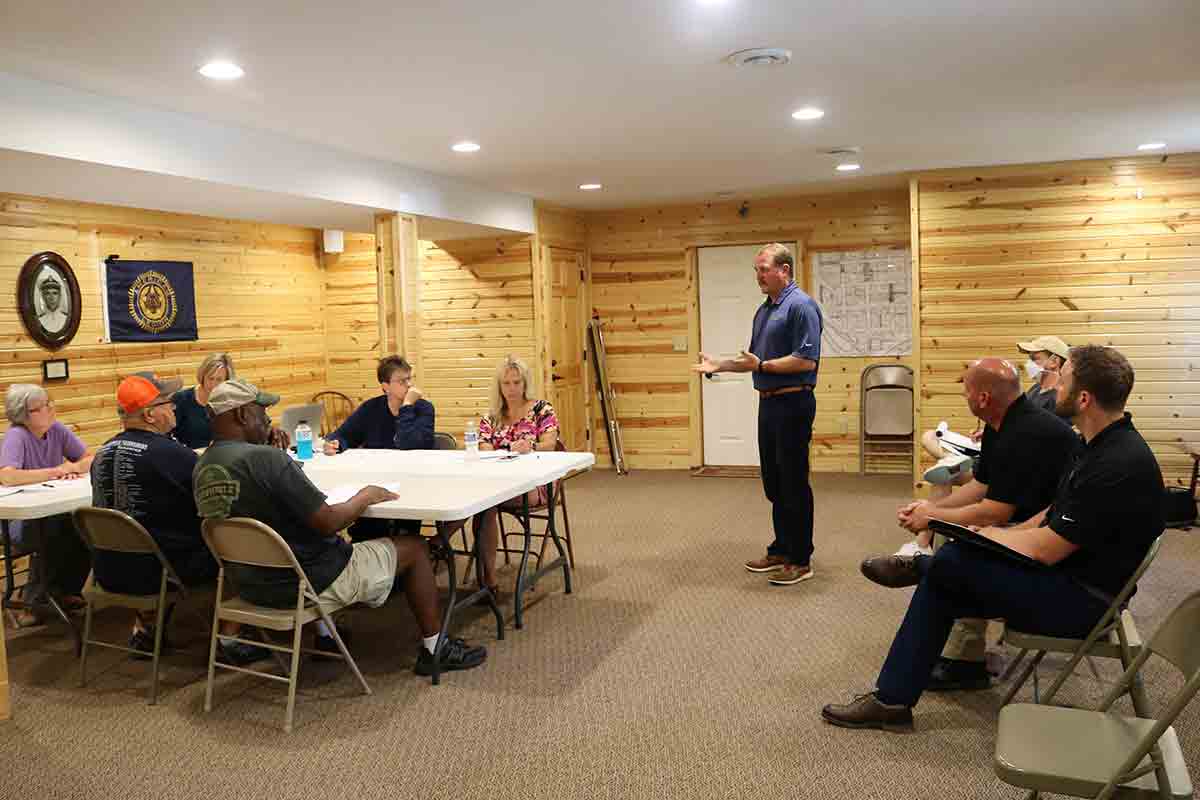 The mayor of Whalan, Minn., Marlys Tuftin, announced at the July city council meeting that she does not intend to run for re-election.  Tuftin has been mayor of Whalan since 2017.

The meeting agenda was approved, with two additions.

The Minutes of the regular council meeting from June 13, 2022 were approved, with clerical corrections. The Treasurer’s Report was approved as presented.

Drew Weber with Bolton & Menk Engineering attended the meeting at the request of the council, to discuss the water erosion on the roadside on Oak Street and possible solutions to the problem.  Two main issues are the runoff running along the edge of the pavement eroding the pavement itself but also carrying the shoulder material down further.

Representatives from MiEnergy attended the council meeting to discuss the possibility of MiEnergy taking over the service territory for Whalan.

Reasons for considering this change include an upgraded system, faster response time for resident issues and questions, and other considerations which they feel would be beneficial to the city and its residents.

This was an initial discussion to see if the council would like to take the discussion further.

Brian Krambeer, President/CEO of MiEnergy,  explained that MiEnergy would virtually rebuild the entire system which would be an advantage to the city.  Also, each resident of Whalan would receive the benefits of the electric coop, including capital credits.

“There is a lot of improvements that need to be made,” noted Krambeer. “We can certainly work with you on whatever transition you would like,” he stated.

The council and Krambeer understand that the residents will want to know how this will affect them.  “I think we can make it so that it won’t be impactful at all,” said Krambeer.

A public meeting will be held in August for the public to ask questions and give their input on the idea of MiEnergy taking over the service territory for Whalan.

The placement of two donated plum trees was discussed.  Council members will think about where the best place would be for the trees. The discussion is tabled until the August 2022 meeting.

Parking along Second Street was discussed.  Drivers park parallel on one side of the street and diagonally on the other side of the street in front of the Aroma Pie Shoppe, which causes issues for drivers.  The council will take a look at the parking issue next month after looking into solutions.

After many months of working toward an ordinance for short-term rentals and a moratorium on the matter expired,  and after lengthy discussion, the council approved an additional short-term rental license to Dale Peterson.

An estimate was received in the amount of $16,848 for the siding project on the town hall.  City Clerk Peterson will research any possible grants available.

The Zoning Board continues to have an open seat.  Please call the City of Whalan at (507)  467-2212 if you are interested in serving your community through the Zoning Board.

Mayor Tuftin announced that she will not seek re-election.  She urged anyone interested to contact City Clerk Peterson.  The filing fee is $2. The mayor seat and two council member seats will be open.

City maintenance worker Randy Berekvam is waiting for a report on the mower that is in for repair.

The council discussed their dissatisfaction with the mulch that was delivered.  Peterson is hoping to find a solution.  Instead of shredded mulch, what was delivered was big chunks of wood mixed with mud, which is not suitable for use.

The next regularly scheduled Whalan City Council meeting will be held on Monday, August 8 at the Whalan Town Hall and also via Zoom.  For further information visit www.cityofwhalan.weebly.com or phone (507) 467-2212.