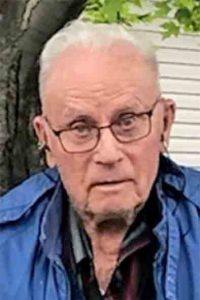 Vernon (VR) Abrahamson, age 94, passed away peacefully on November 20, 2022, at the memory care home he has resided in since 2019 in Owatonna.  VR was born November 19, 1928 to Bernice and Vernon Abrahamson.  He graduated from the Canton school and then went to the University of Minnesota where he got a degree in Agriculture.  Upon graduation VR worked as a county extension agent before being called to serve in the Army during the Korean War.  He served in the Army from February 1951 to February 1953.  After serving in the Army, VR purchased his own farm northeast of Canton.  He lived most of his life in Canton and Harmony and in his golden years enjoyed a home in Sun City West, Ariz.  He loved his morning coffee with the other farmers at the local coffee shop and was always up for a good debate.

He is preceded in death by his parents and his second wife Sue Abrahamson.

The family would like to thank the amazing people of St. Croix Hospice for their care and support.  There are no services at this time, as he had donated his body to the Mayo Clinic.