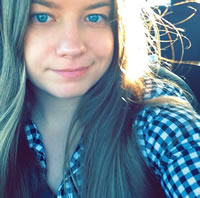 Vaping. Big buzzword lately. What is it and why is it a big deal? For a quick introduction, we’ll go through the history. Back in 2007, a couple of design students on Stanford University’s campus were focusing on ways to help smokers to stop smoking; a noble mission. They wanted to create an alternative for “health conscious smokers.” Essentially, these two created an electronic cigarette (aka e-cigarette) that vaporizes a liquid that contains nicotine, an addictive drug, and is drawn (aka smoked) into your lungs. The idea would be to use this e-cigarette to slowly taper off nicotine products and, thus, quit smoking altogether. The two students launched Juul (pronounced “jool”) in 2017 and this company is now at the heart of the controversy surrounding major lung disease among vaping customers. It is worth stating that even the FDA was excited about this endeavor. The FDA states that smoking cigarettes is the greatest preventable cause of death in the United States each year and is keen to explore quitting options for smokers.

Unfortunately, the hope that shone brightly on smoking cessation’s future would come to a quick and brutal close. As of October 22, 2019, 1,604 cases of lung injury have been linked to vaping and occurring in all states (except Alaska), D.C., and one U.S. territory. Found on ALA’s website, the inhalation of the chemicals within these e-cigarettes can cause irreversible lung damage and disease. This is due to nicotine, ultrafine particles (which irritate and lodge into the delicate lung tissue), diacetyl, volatile organic compounds, and heavy metals.

Why the draw? Isn’t it obvious that smoking in general is bad? Unfortunately, this is where, in my opinion, this went horribly wrong. Remember how the company started out? Trying to alleviate a major world problem by providing a solution to smoking cessation? While not allowed to make claims about health, these e-cig companies implied that these e-cigs are the “healthier alternative” to cigarettes and cigars. An even more unfortunate part of this bad news soup? Young adults, teenagers, and even preteens were immediately drawn, which came through purposeful social media advertising. Juul had even hosted an “overnight pajama party”in Hollywood (at a cemetery no less; a nod to the future?) passing out free vape machines to jump-start their company’s reputation while still promoting this implied “healthier way of smoking” persona. (As someone who lived in California during the up-and-coming vaping scene in 2007, I distinctly remember having heated debates with those my age who were trying to defend their newly found “healthy smoking option.”)

An annual survey of teen behaviors found that one in every four high school seniors were recent vapers. This same survey also found that one in five sophomores was vaping and even one in 11 eighth graders were vaping. This is alarming since the recent severe vaping-related illnesses and deaths have skyrocketed in an extreme short amount of time (Remember, Juul has only been officially around since 2017). Teens and even younger kids have likely started this for the “usual” reasons of a) looking cool and b) having a vape as a status symbol since it costs money to have and maintain, but the most disturbing reason is the push of its “healthier alternative” to cigarettes.

Even more upsetting, Altria (formerly known as Philip Morris Co.) bought a $12.8 billion (35%) stake in Juul in December 2018 before the growing number of lung related illnesses and deaths spiked. Right now, it is unclear what the future of Juul holds, but it is extremely frustrating to watch a company parading as a healthy way to smoke/providing relief for smokers wanting to quit to turn around and profit from young adults and minors (severely injuring them and in some cases killing them), and then selling out to a tobacco company.

American Lung Association (ALA). (2019). The impact of E-cigarettes on the lung. Retrieved from www.lung.org/assets/documents/stop-smoking/impact-of-ecigarettes-on-lung.pdf.

Centers for Disease Control and Prevention (CDC). (2019). Outbreak of Lung Injury Associated with E-Cigarette Use, or Vaping. Retrieved from www.cdc.gov/tobacco/basic_information/e-cigarettes/severe-lung-disease.html.