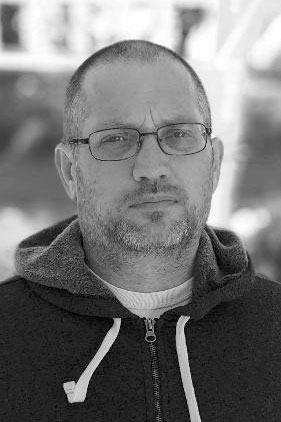 I read with interest the article from Jason Sethre in the July 6 Journal. While the article appeared on the front page of the Journal as any news piece would, it started more as an opinion piece suited for the Op-Ed section. Jason opened his piece with: “Here’s a story about how social media posts can become a record of malice.”

Malice may be an apt description of the Knutsons’ actions but is it best to lead a new piece this way? I want to state that the actions of the Knutsons are morally reprehensible. No member of society with any societal uprightness would single out another for flagrant scorning. To personally target a public servant over such an issue as code violations is indicative of calloused turpitude. Whether the trait being singled-out is sexuality, gender, ethnicity, or creed, the actions taken by the Knutsons on their property and social media are beyond the pale.

Yet, I struggle with the situation that the Knutsons find themselves in. Their irrational responses aside, they, like others, find themselves running afoul of government as it continues to take greater control of private property in the name of the public good.

Oft times the arguments that are made for such measures are that it serves the greater public good. Having lived in this region for over twenty years I’ve had many neighbors; some with immaculate properties; still others that left much to be desired.

For a code to be best suited to both government and citizens, the code needs to be written as tightly as possible restricting the government and not the citizens. For a city code to have “teeth,” it must be written in such a way that there is a threat of punitive action for failing to submit. This means, that the force of law is a likely outcome for any citizen failing to comply.

Do we really want our neighbors arrested for not maintaining their private property? While, the reader may level an accusation of Reductio Ad Absurdum (reduced to it most absurd point);it is imperative that we think through the consequences of code enforcement.

Another troubling aspect of is what Jason stated near the end. The FCSO and Prosecutor are working together to investigate the actions of the Knutsons. What is being investigated? Code violations and the failure to acquiesce to demands? A person crime? The reasonable conclusion would be that the Knutsons are being investigated for hate crimes under Minnesota Statute 626.553.

My question is whether we as citizens are comfortable with criminalizing the Freedom of Speech. As ugly as the words of the Knutsons were, and as ugly as the thoughts that produced such words and actions may be, should they be prosecuted for that ugliness? Today it may be derogatory words directed at us that we want protection from. Tomorrow it may be someone accusing us of using ugly words towards them that could see us investigated.

Moral turpitude is ugly. Yet, to bring the weight of the law against; and potentially take from, the speakers their freedoms because their words were ugly and offensive; is not the role of the government.

Plato once said, “The people always have some champion whom they set over them and nurse into greatness. This and no other is the root from which a tyrant springs; when he first appears, he is a protector.”

When we pursue protection from wounds that are caused by speech, we are establishing a route by which the protector may ascend to tyrant.